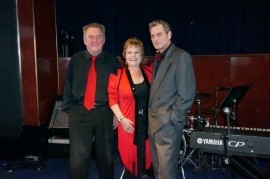 (no reviews)5.0
Country: United States
Based In: Washington
Performs: Worldwide
From: Monthly or multi-month contracts only; $3K USD/month per person plus accommodations.

For excellence in ballroom jazz, Standard Time is available as a trio or quartet. Members are from Canada and US and have performed worldwide. With years of professional experience, Standard Time is interactive with the audience & international in repertoire.
: +1 760 717 XXXX Click here to reveal
full number

When contacting this member, please state that you are viewing their Entertainers Worldwide profile.
Request a Quote
Share this Page:
Profile Views: 670
Report this profile


Standard Time provides excellent musical entertainment from a variety of genres such as ballroom dance music, easy listening standards, and classic jazz.
As a trio the instrumentation is piano with separate keybass, drums, and female vocalist; as a quartet, add an amazing world-class wind player (sax, flute, clarinet.) This is genuine "feel good music" that is uplifting and international in repertoire (English, Spanish, French, Portuguese, & Mandarin.). The group has performed worldwide and specializes in music of all kinds for cruise ships, hotels, and corporate events. The tempos and ... meter are particularly appropriate for ballroom dancing as well as classic pop and jazz for cocktail time.

STANDARD TIME features these talented professionals:
VOCALIST: Nancy Soulé has an extensive repertoire covering jazz, country, blues, soul, R&B, and pop. With degrees in theater and music on the west coast of the USA, she brings her own dynamic personality to her vocal expertise and her audience interaction. She adds touches of French, Spanish, Italian, Portuguese, and Mandarin in her offerings, and delights audiences of many countries. They say "she brings you melodies so warm you want to swim in them with her soulful and rich voice..." and then there is plenty of personality and loads ... of sincere musical enthusiasm.
PIANO/BASS: Bruce Fernandes is an exceptionally gifted pianist who also plays key bass on a separate controller - a master multi-tasker who has been delighting audiences for decades with his mastery of the multiple keyboards. His nimble right hand dances over all 88 keys while holding down a powerful and creative bass line with the left, thus creating a mellow groove that delights and inspires. A native of Vancouver, Canada, he is the solid core of the band and his instrumental creativity knows no bounds.
DRUMS: Andrew Moss has been a drummer with bands of all kinds, and is a versatile musician who can handle anything from the hardest rock & roll to the mellowest jazz. He also contributes his charming baritone vocal talents to the mix with his stirring renditions of Johnny Cash and Elvis to change up the mood. A native of Coventry, U.K., he now resides in Montreal, Canada. Between his fluency in French, his British accent, his background in aeronautical engineering, and his stories of the numerous famous players with whom he has had the pleasure to play, he adds his own element of delightful British humor.
AND FEATURING (as a quartet) David Baron Stevens is a California native who adds his extraordinary musical talents and years of worldwide performance skills to the trio. He brings multiple saxophones, flute, and clarinet, as well as multilingual vocal talents. David is an exciting and emotional musician with a career expanding beyond the borders of jazz. At the age of 19 he opened for Lionel Richie on the Millennium New Years' Eve Party at the Mirage in La Vegas. He holds dual Associate Degrees in both instrumentation and vocal music and has performed with showbands on numerous cruise ships, including the Queen Mary II. He apprenticed with of two world-class musicians, Jeff Clayton (Clayton - Hamilton Jazz Orchestra) and Tracy Harris (Yamaha Flute Artist), and was accepted to the private studio of Victor Goines (Juilliard, Lincoln Center Jazz Orchestra), and was a finalist for Berklee College of Music's first-ever Presidential Scholarship. David has had played with such jazz greats as Steve Allen, Ed Shaunassy (Tonight Show with Johnny Carson), Mark Levine, Oscar Hernandez (Spanish Harlem Orchestra), Dave Samuels (Caribbean Jazz Project, Spiro Gyra), Wayne Wallace, Eric Marienthal, Wayne Bergeron, Joe LaBarbera and many others. 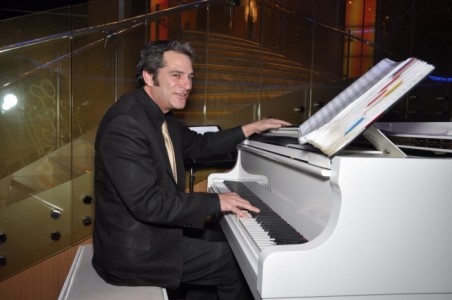 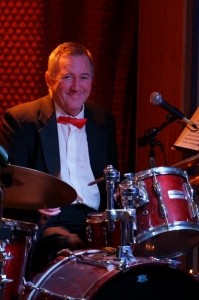 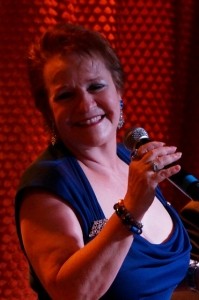 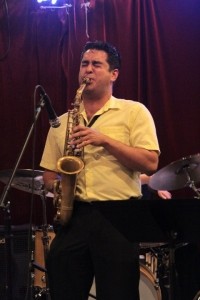 STANDARD TIME has performed worldwide and is available for long-term contracts both at sea and on land. All members hold valid passports, have been ship emergency training, and are consummate professionals in every way. All are mature and responsible, and devoted to providing excellence in musical entertainment for any occasion. As we all live in different places, we only do extended contracts, one-seven months for land or sea venues.