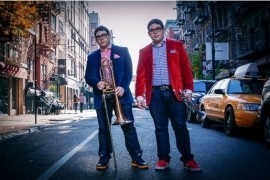 (no reviews)5.0
Country: United States
Based In: New York
Performs: Worldwide
From: Minimum $1,000

The Potash Twins are jazz musicians and entertainers. Guided at an early age by Wynton Marsalis, these twins have the playing ability of jazz legends. Based in New York, they are available to perform at Weddings, Parties, Corporate events & more.
Request a Quote
Share this Page:
Profile Views: 413
Report this profile

The Potash Twins
Adeev and Ezra Potash, labeled by NPR as the "Twin Horns of Joy" are jazz musicians, entertainers and foodies from Omaha, Nebraska. Guided at an early age by jazz legend Wynton Marsalis, the twins were inspired to pursue a career in the performance and education of jazz. Upon graduating high school, the twins moved to New York City to develop as performers and educators. Adeev studies under the Dizzy Gillespie protégé Jon Faddis at SUNY Purchase, while Ezra received a full ride scholarship to Manhattan School of Music on Bass Trombone. The twins have performed around the ... country at notable venues such as Jazz at Lincoln Center, Birdland and First Avenue, as well as festivals like South By Southwest (SXSW), and have performed on several occasions for Warren Buffet’s Annual Shareholders Meeting. Ezra and Adeev also delivered a TEDtalk, as a part of the popular online video series and have been featured by NPR, Huffington Post, Menswear Style Magazine, Omaha Magazine and many more. The twins have also performed with piano virtuoso Jonathan Batiste. They have cultivated relationships with musicians like; Chris Botti, Gregory Porter, Terell Stafford, Stefon Harris, Joshua Redman, Don Vappie, Big Sam Williams, as well as the entire Jazz at Lincoln Center Orchestra, and many more. The twins hope to use their relationships to spread jazz to a wider audience. As a part of their ongoing efforts to increase the awareness of jazz and live performance, the Potash Twins have been appointed the role of “Artistic Directors” at the Love's Jazz and Arts Center in the historic jazz district of North Omaha. 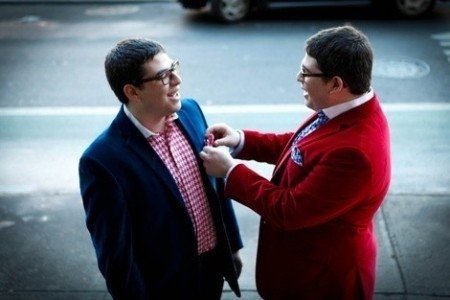 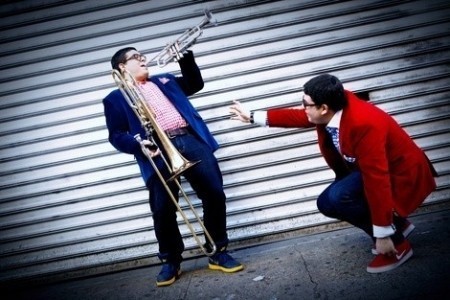 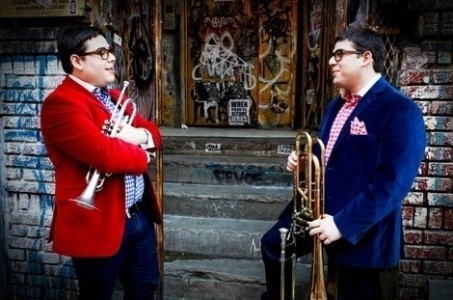 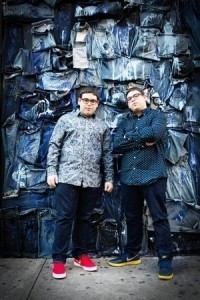