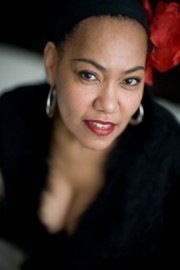 Deborah Davis captivates audiences around the globe singing classic jazz standards, whimsical swing tunes, bossa's , blues and even poetry with a command of the stage that draws everyone into the show. Engaging any given age group, nationality, or social economic sub division of human kind people often feel more a part of her show than simply watching it. She reads the audience well and designs the show to suite any specific needs. Deborah loves programing as well as she does singing and has a library of decades of material to choose from for what ever is thrown her way. Whether singing ... an original or a classic standard she makes each song her own as she enjoys the art of story telling and involving the audience whenever appropriate. Deborah's show is said to be upbeat and entertaining with moments of sultry seduction.

DEBORAH DAVIS is a gifted singer and consummate performer that captivates audiences throughout the world. A jazz vocalist fused with Texas blues, gospel, and soul, she has a natural flowing charm and flawless stage presence that draws you into her show. A native of Dallas Texas, Deborah’s musical development lead her to NEW YORK CITY, where she has carved out a niche for herself on the U.S., European, Asian, Russian, & Middle Eastern jazz scenes.
Deborah’s distinct style of phrasing, extraordinary singing ability and professionalism has earned her invitations to perform with legendary ... jazz greats, RAY BROWN, LIONEL HAMPTON, CLARK TERRY, and a rare opportunity to substitute for ABBEY LINCOLN. FREDDIE HUBBARD, ART BLAKEY, LOU DONALDSON and HAROLD MAYBURN have all shared their stages with Deborah inviting her to sing. Deborah has lead her own bands featuring many of New York’s younger jazz lion’s such as DELFEAYO MARSALIS, BENNY GREEN, CYRUS CHESTNUT, GERALD CLAYTON, CHRISTIAN McBRIDE, PETER WASHINGTON, RUSSELL MALONE, GREG HUTCHINSON, BRIAN BLADE, EVAN SHERMAN, and to many others to name.
Deborah has lit up the stages of well established NEW YORK jazz clubs, concert halls and festivals including BLUE NOTE, BIRDLAND, VILLAGE VANGUARD, SWEET BASIL, SMALLS, SMOKE, JAZZ STANDARD, IRIDIUM, RAINBOW ROOM, and the former TAVERN ON GREEN and WINDOWS OF THE WORLD. She has sung for dignitaries at the UNITED NATIONS & U.S. EMBASSY affairs including a performance for PRESIDENT BILL CLINTON. In 2004 Deborah and her band were chosen by the U.S. State Department and the Kennedy Center in Washington DC, to represent the U.S. as Jazz Ambassadors traveling to Latin America fostering good will and presenting jazz awareness. Deborah has performed in Japan, China, Singapore, Hong Kong, Thailand, Iceland, Paris, Monaco, Germany, Spain, Italy, Greece, Turkey, Lebanon, Dubai, Jamaica, Russia, Kazakhstan Dagestan, Croatia, all over Siberia, etc. The world is her playground as she continues gaining international recognition during extensive tours annually. She has performed with THE SHIRELLES, jammed with BON JOVI and BILLY JOEL, and opened for DIANA ROSS, CELINE DION, SANTANA, CHICAGO, ERIC CLAPTON, Z.Z.TOP, JILL SCOTT, ALICIA KEYS, MACY GRAY, ALANIS MORISSETTE, and more.
Deborah established MANHATTAN MUSIC DESIGN; booking, contracting and performing for many New York’s elite social functions & corporate events, as well as contracting singers for international jazz clubs and hotels. She formed her own label GOT MY OWN RECORDS to produce her first three CD’s.
Striving to be a well rounded person, Deborah adds to her list of life accomplishments a 26.2 mile fundraising marathon for the LEUKEMIA & LYMPHOMA SOCIETY. She completed the marathon in Dublin, Ireland, but now produces and performs annual benefit concerts at The Blue Note Jazz Club NYC to raise funds for the cause. When not touring Deborah enjoys Substitute Teaching for special needs children, Creating Abstract Arts, Crafts, Jewelry Making, Poetry Writing, Museums, Vegetarian Cooking, Bikram Yoga, Working Out, or taking long walks with no particular destination in mind. Deborah also collects MONKEYS, as long as they’re not alive. 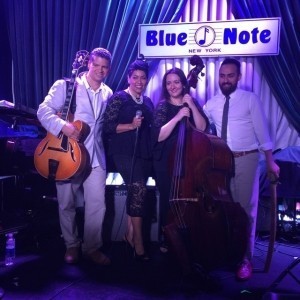 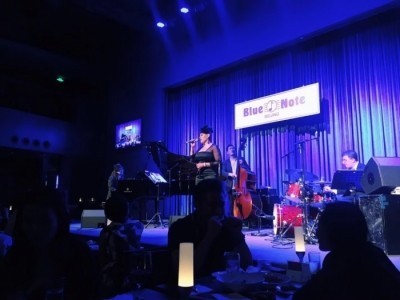 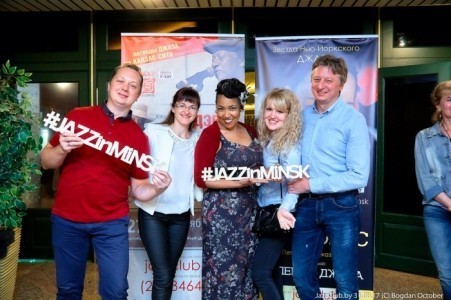 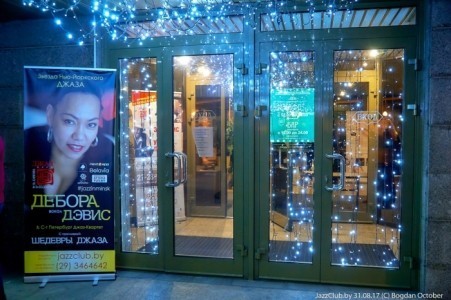 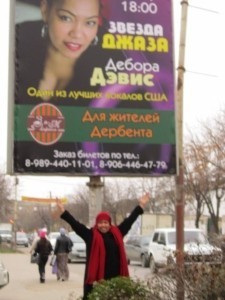 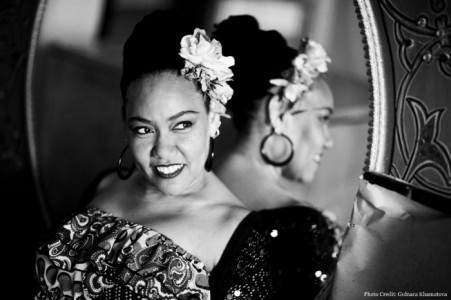 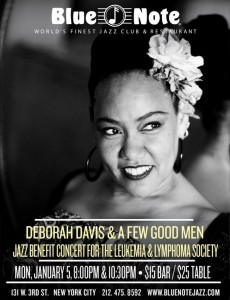 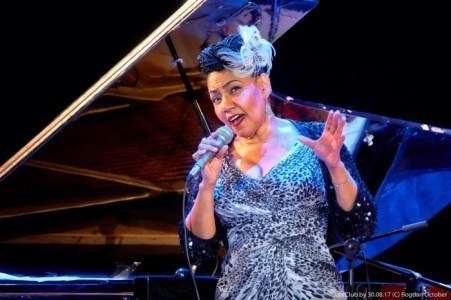 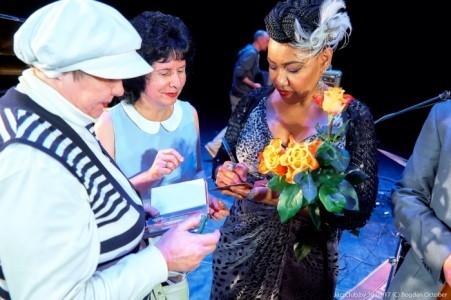 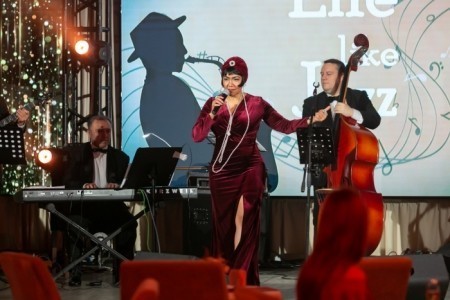 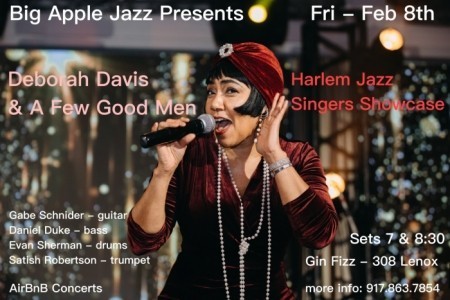 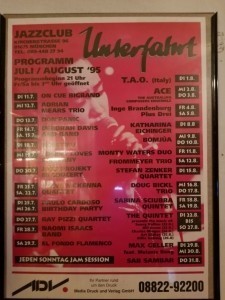 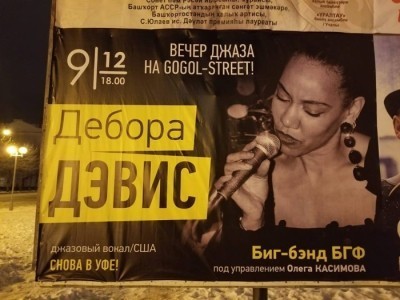 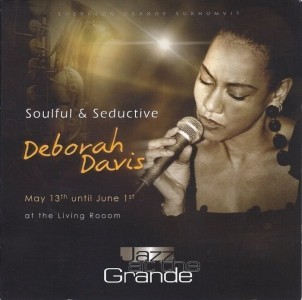 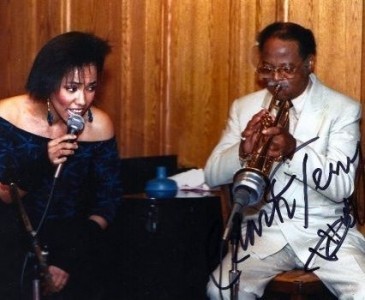 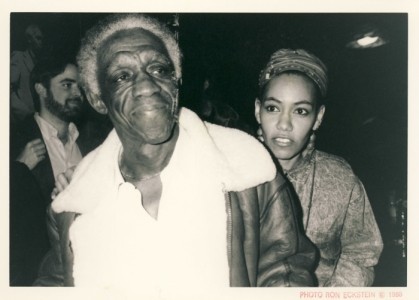