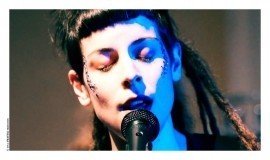 Marie in a sky of diamonds - Jazz Singer | Thessaloniki, Greece

Soprano Maria Karamouza was born in Thessaloniki, Greece, in 1991.
She studied Faculty of Forestry and Natural Environment at the Aristotle University of Thessaloniki and finished her studies in 2016.
She took her diploma in classical singing from the State Conservatory of Thessaloniki in June 2019.
She participated as a chorister in festivals at various cities across Europe, such as “Europa Cantat” in Pécs, 2010, etc.
She attended traditional percussion lessons with Loukas Metaxas and Dimitris Panagoulias.
She attended seminars and master classes with classical music teachers and ... conductors such as Philippe Forget, Aggeliki Kathariou, Nadia Fiorou and others.
She sings traditional greek, southern Italian, afrikan, sephardic pieces of music and has her own polyphonic ensemble, “Planodies”.
She participated in performances of the opera studio Skull of Yorik Productions, such as “Il Tabarro”, “Suor Angelica”, “Dido & Aeneas”, “Carmen”.
Furthermore, she participated in the opera perfomance “Φίλιππος και Αλέξανδρος” of Sarantis Kassaras, which was presented for the first time at the Conservatoire de la Ville in Luxembourg and then at the Royal Theatre in Thessaloniki.
In 2018 she participated as a performer in the Biennale of New Music Theatre in Munich, with the project “The Bathtub Memory project”.
She cooperates as a singer with percussion teams (#SKG Bridges Festival 2018-19, Thessaloniki), rock bands (album “Soviet Space Station I” & II), DJs (Estray nomad, “Origins festival”, Ibiza), ensembles of traditional and old Eastern and Western music (“Muhabbet” project at #SKG Bridges Festival 2019, Thessaloniki, “En Horo” vocal ensemble, Thessaloniki) and Thessaloniki’s State Symphony Orchestra.
She has attended improvisation workshops with MUSIKFABRIK studio members from Cologne and with the pianist Thollem McDonas from California.
She also practises circus techniques and participates in social circus acts. In 2018 she attended a balance workshop in Cabuwazi Circus, in Berlin.
Video:
A part of my diploma at the Conservatory.
https://www.facebook.com/signoradiforesta/videos/1200204936826733/ 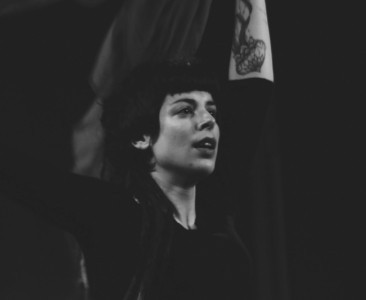 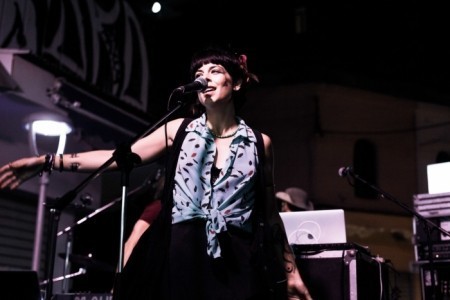 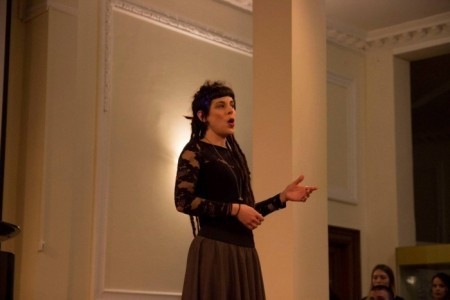 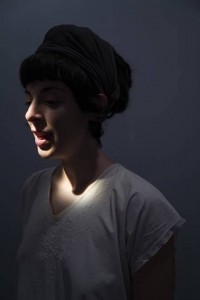 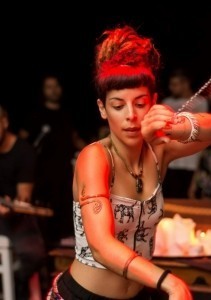 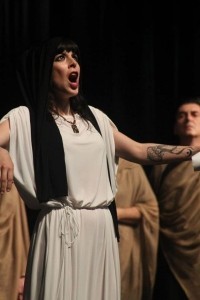 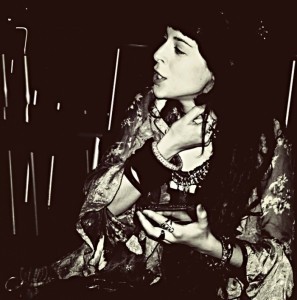 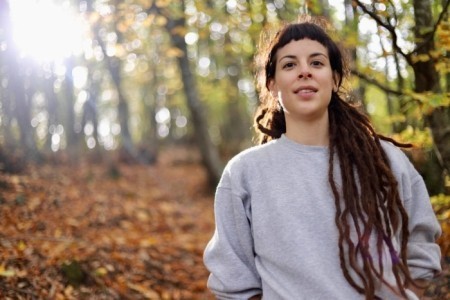 Running my vocal ensemble "Planodies" and performing in local festivals in Greece (2013-2018)
Participated in several operas ("Dido and Aeneas"-Sorceress, "Suor Angelica"-The Abbess, "Il tabarro"-, "Carmen"- Michaella, "Φίλιππος και Αλέξανδρος"-The Theban Mother / The priestess) as a main character. (2013-2015)
Participated in Bienalle of New Music Theatre, in Munich as a singer and performer, at "The Bathtub Memory Project" (2018)
Singing jazz in Christmas and New year's Eve Gala twice, in Ktima Bellou (2017-2018)
Singing in opera galas, arias for soprano and ... mezzo soprano's fach and also performed my singing diploma a couple of times in Meuseums and other halls. (2013-2019)
Playing percussion and singing to traditional greek , south italian and african music, in concerts and festivals, in many places in Greece, Germany - Aachen (2016-with Grikanta band), France - Nancy (2017- with Grikanta band), Luxemburg (2017-with Grikanta band).
Running Educational programs of State Conservatory of Thessaloniki for a couple of years (2017-2019)
Participated in SKG BRIDGES festival as a volunteer, singer, performer and percussionist to plenty of projects, improvisations , multicultural concerts with turkish and sephardic songs -> Some of the projects : "Percautistic ensemble" , "Faces in circle", "Muhabbet" (2018-2019)
Performed as an acrobat and singer in circus school ΜΟΝΟΚΥΚΛΟ's first show, "The book of Jungle" , in Thessaloniki (2019)
Participated in social circus projects in multicultural school and local festivals, working with kids, with Kids in Action team, in Thessaloniki (2019)
Singing with music producer Estray for two gigs in Altea Beach bar in Albania, and Origins festival in Ibiza (2019)