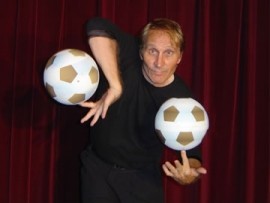 (no reviews)5.0
Country: United States
Based In: Branson, Missouri
Performs: Nationwide
From: Contact

Michael Chirrick comes from show business ancestry. Both his mother, Lottie Brunn and his uncle, Francis Brunn achieved international recognition during their long and illustrious careers. In keeping with family tradition, Michael constantly strives to achieve a high level of excellence. He combines acrobatics, humor and audience participation to achieve a totally unique act utilizing soccer balls.
Besides being an excellent juggler/entertainer, Michael can easily boast at being one of the most well traveled! He got his career start by touring with the world famous HARLEM GLOBETROTTERS vari ... ety show where he did two US tours, three European tours, and two world tours. He followed this with over 35 years of world travel, working circus, fairs, aqua shows, corporate, trade shows, revue shows, television, night spots and cruise ships in nearly every entertainment capital of the world, literally, every type of venue a variety act could work! In short, this guy has done everything!
Michael has spent much of his career on cruise ships, quite sometime before the cruise ship boom of the late 80's. Michael, along with his mother Lottie, Dieter Tasso, and husband and wife duo The Carlsons, had already tapped into this new venue for juggling acts and were performing at sea on a regular basis throughout the 70's -- a time when juggling acts on cruise ships was almost unheard of. Sometimes performing on ships with no dressing rooms, no backstage area and ceiling heights under 7 ft. In a way, they were pioneers! Michael may have also set some records for performance contracts on cruise ships. He remained on the "Ocean Pearl" for 16 months wthout a break in 1988 through 1989, cruising in Asia. He also remained on the "Marco Polo" for 12 months without a break in 1995 cruising the world. His contracts of 4 and 6 months are too numerous to mention. 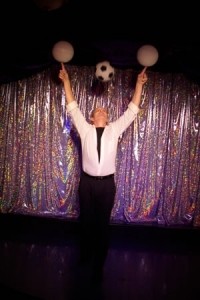 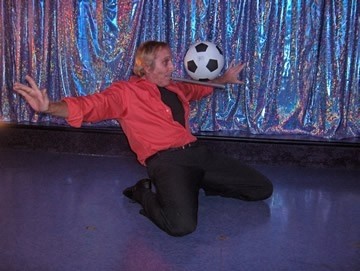 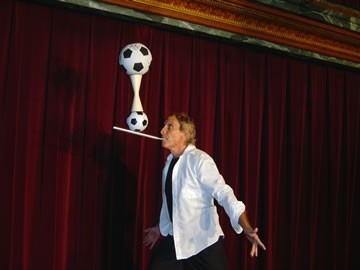 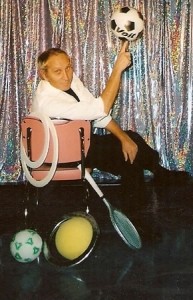 As of 2009 Michael celebrated his 40th year on stage.
Some of the celebrities Michael has worked for and with are:
Paul and Linda McCartney
Debbie Reynolds
John Belushi
Chuck Norris
Howard Cosell
Prince Rainier & Princess Grace
Dinah Shore
Barry Manilow
Just to name a few...