You are contacting Liné Koen 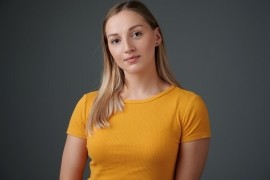 Liné Koen is a firecracker performer who sings multiple genres such as pop, musical theatre, jazz, classical and more! She studied a Bachelor of Music. She holds herself as a triple threat, owning the stage with her singing, dancing and acting expertise.
Request a Quote
Share this Page:
Profile Views: 199
Need Help?
✖