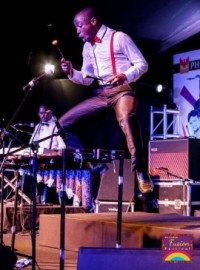 (1 Review)5.0
Country: Zimbabwe
Based In: Zimbabwe, Zimbabwe
Performs: Worldwide
From: $4000

The 3 piece band is a true reflection of African music and African energy. The band is an international touring band from Zimbabwe with a vast ecprience of performing and giving memorable performance to different audiences across the world. The Act is designed to bring the energy of Africa with the use of the

Blessing "bled" Chimanga
Blessing Chimanga is a 26 year old talented and passionate musician who plays 3 instruments namely Drums, Marimba and Percussion. He is also a music director, arranger, songwriter and singer.
Blessing did his primary education at Haig Park School in Harare where he started his music career as a percussion and piano player. He moved to Prince Edward in 2004 for his secondary educations were he furthered his music journey. He joined the Jazz Band and was an active member and leader for the years he was at Prince Edward. He has coached and mentored music at various s ... chools in Zimbabwe such as Watershed College, Harare International School, Winad Musicology and Chisipite Senior School.
Blessing started his professional music career in 2006 when he started to play for the late Sam Mtukudzi and from that time he has played with many musicians in Zimbabwe and internationally such as Hope Masike, Busi Ncube, Dudu Manhenga, Chiwoniso Maraire, Chikwata 263 and Tariro Negitare.
He has played with International musicians such as Eric Wainaina (Kenya), Mike Del Ferro (Netherlands), Amanda Labanda (Italy), Ary Morais (Norway), Michael W. Smith (USA), Sona Jobarteh (UK) and Dan Zanes (USA). He has also performed at big stages and festivals locally and internationally such as HIFA, Stubbetorpet Festival in (Sweden), Umoja Festival (Mozambique), Barefeet Festival (Zambia), Global isai festival (India) Kaadama music festival (India), Italian River Blues Festival, 3rd European Blues Challenge (Italy), Ameno Blues (Italy), and Iguazu En Concierto (Argentina) among others.
At only 26 years he is rated one of the fastest growing musicians in Zimbabwe as he has travelled, performed and done workshops across the world in countries such as Italy, Sweden, South Africa, Zambia, Botswana, Tanzania, Mozambique, Argentina, Brazil, Austria, Turkey, India, Egypt and the USA.
Blessing has also worked on a Swedish cruise ship called “The Galaxy” as a musician and entertainer. In August 2013 he was crowned “The Best Marimba Coach in Africa” after winning 6 awards at the International Marimba and Steelpan Competition in South Africa which had over 2000 participants. He has conducted successful workshops on percussion and marimba across the world such as at ISSEA Band Festival hosting over 10 African international schools. Blessing’s marimba workshops at the International Marimba and Steelpan Festival in South Africa in 2013 and 2014 were both sold out.
In 2014 he was chosen to represent Zimbabwe in a cultural exchange program called OneBeat in the USA that had 25 musicians from 25 different countries all coming together for a one month tour in the USA, creating and collaborating their music cultures.
Blessing is also the founder and producer of “Let the Drums Speak” Festival. Let the Drums Speak is a production that is about Blessing showcasing his drum playing skills and creating a concert alone on drums. The festival celebrates the importance of drums and the drummer. The production has managed to take him to countries such as Norway, Sweden, Italy, South Africa, Switzerland, Zambia, Botswana, Tanzania and USA.
Blessing is also a philanthropist as he is the founder of a charity program called “Big Smile”. The mission and vision for the program is to go to many children’s homes and old age homes and offer entertainment in order to see the BIG SMILES on these special people’s faces. The Program selects six organisations every year in September to visit and share these moments with the people there.
Professionally, Blessing is also a founding member of the group Zimboita, meaning Zimbabwe Italy Music Collaboration, a project that celebrates exchange of culture, mix of languages, friendship and family. Blessing heads the 4 piece band that includes marimba, drums, bass guitar and keyboard.
In 2015 Blessing released his first solo album titled “DREAMS”. The 8 track album was composed and arranged by Blessing and it is an album full of energy, emotion and passion. The diverse album features guest musicians from all over world who have worked with Blessing over the years.
In 2016 he hosted the first ever Dreams Marimba Camp as he directed a camp of 80 Marimba students from all over Zimbabwe. He is the Director of this annual camp.
Blessing, best known as Bled, is known in the music world as a groovy sound creator and stage energy machine. 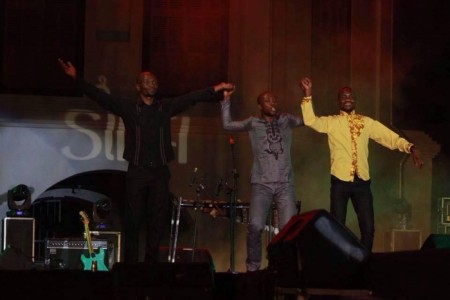 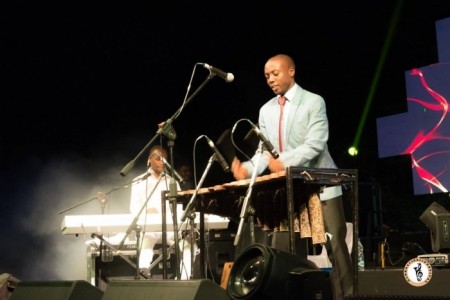 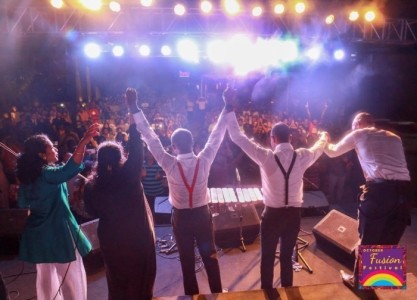 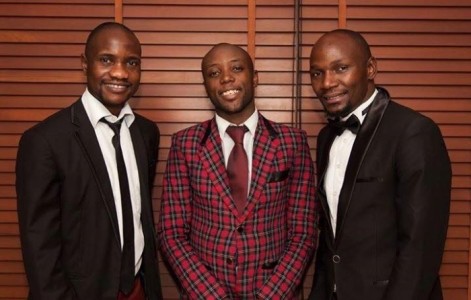