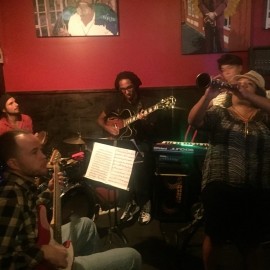 Buku do Choro plays beautiful Jazz, Forró, and Choro music from Brazil's "golden era." We can play uptempo music fit for a Latin Dance Party or slow it down and play a Choro heavy set that fits more of a lounge or dinner crowd. 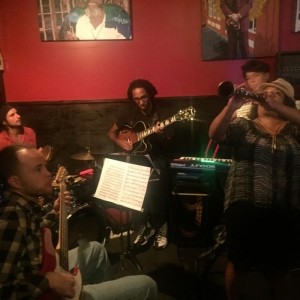 As a band, we have played together for the past 6 months in various clubs in New Orleans. Individually, three members have studied and played Forro, Choro, Samba, and Jazz since childhood (two being native Brazilians). The other two members have been playing for twenty years each in a variety of different genres and bands in New Orleans.

Our clients have mainly been bars, clubs, and restaurants in New Orleans - especially on Frenchman Street and Ste. Claude.