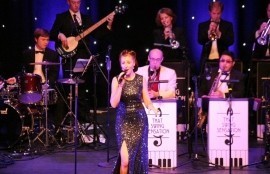 (no reviews)5.0
Country: United Kingdom
Based In: Scotland, Scotland
Performs: Nationwide
From: Contact

Able to provide combos of 3-17 players the band is able to adapt to most venues and prides itself on being able to put together a programme that will be enjoyed by everyone whether their taste lies with big band, swing, ballroom, jive or Rock and Roll.
The band performs every month at dances, weddings, festivals and functions in Glasgow, Edinburgh, Ayr, Stirling and throughout Scotland and the North of England in combinations from jazzy duets, through trios, quartets and quintets up to a full 17 piece big band.
We are primarily a swing dance band and the music features classics made fa ... mous by the likes of Duke Ellington, Glenn Miller, Benny Goodman, Frank Sinatra and the Rat Pack as well as more modern arrangements as used by Robbie Williams, Michael Buble and Paul Anka.
We also enjoy a bit of good old Rock and Roll and are able to provide suitable music for just about anything from Rumbas, Tangos and Cha Cha Chas to a touch of ABBA 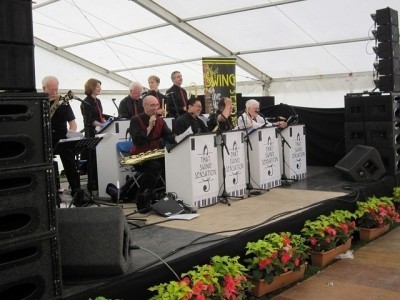 Recently completed yet another sell-out show at the Edinburgh Fringe