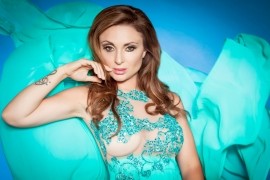 The Latin Grammy awarded artist Mari Nobre has been on top of the Latin charts and her Latin band Nobresil offers sophistication, pure energy and great melodies on stage translating in unique arrangements of samba, bossa nova, salsa and cumbia. Perfect for dancing!
: (310)876-XXXX Click here to reveal
full number

When contacting this member, please state that you are viewing their Entertainers Worldwide profile.
Request a Quote
Share this Page:
Profile Views: 849
Report this profile

Mari Nobre & the band Nobresil respresent sophistication, pure energy and great melodies on stage translating in unique
arrangements of samba, bossa nova, American jazz and world music. The band Nobresil can play American jazz standards, Brazilian and Cuban repertoire with an irresistible sound produced by Latin Grammy awarded Brazilian bass player Leo Nobre (SergioMendes, Shakira,Stevie Wonder) and enhanced by the sensual voice of 2015 Latin Grammy awarded
singer Mari Nobre (also lead singer of the UCLA Bobby Rodriguez's Latin Jazz Big Band.)
Nobresil is a magnet for world class musicians ... and participated as headliner in major jazz
festivals like the Central Ave.Jazz Festival, the Levitt Pavilion Summer Concerts and the Hollywood
Brazilian Film Festival. The band also performed in prestigious venues like Catalina Jazz Club, the
Jonathan Club, The Beverly Wilshire Hotel among many others.
Nobresil sophomore album "Original" is this year the recipient of the prestigious Jazz Educator Award
as Best Music Album of the Year and the lead singer Mari Nobre has been voted among the Best
World Artists/Bands of the Year.
The award is viewable on Jazz Ed Magazine with this link:http://digitaleditiononline.com/publication/?
Nobresil was also the recipient of the Akademia Music Award and nominated by the Hollywood Music
and Media Awards as best World Jazz band of the year.
Mari Nobre, Nobresil lead singer and songwriter also received in 2016 the American Songwriting Award for her song “Thank you” as best world music composition of the year.
Mari Nobre is releasing for Chrome Records Inc. her new live Latin jazz album "Live and Alive" which will be an active collaboration between famous American and Brazilian songwriters and musiciansthat will participate to the 2017 Latin Grammy Awards and American Grammy Awards.

From Gershwin to Tom Jobim, from Celia Cruz to Sinatra.

Mari Nobre
singer/songwriter
www.Nobresil.com
www.Mari-Nobre.com
Chrome Records Inc.
Mari Nobre is a passionate and versatile jazz and Latin jazz and Latin pop singer/
songwriter from Los Angeles, California.
In 2015 she was awarded a Latin Grammy Award certificate as a vocalist on the album
"Los Animales" and the prestigious Jazz Educator Award from Jazz ED Magazine as
Best World Music Artist and Best World Music Album of the year.
Her music reflects the sophisticated cultural blend coming from her Brazilian,
Italian and American background.
Mari studied opera in Italy and has rec ... eived this year a Bachelor degree in Jazz
Vocal Performance and Ethnomusicology from the UCLA Herb Alpert School of Music.
She also attended master classes at the prestigious Theolonious Monk Institute and
she recently received a fellowship from UCLA to continue her ethnomusicology
research with a master in African American studies.
She has been touring since the age of 14 in Europe and then in United States
performing in the most famous music amphitheaters, clubs and festivals such as the
Hollywood Brazilian Film Festival, the Levitt Pavilion Summer Concerts and the Central
Avenue Jazz Festival to name a few. Moreover, she has often performed in Brazil with
world known musicians currently touring with names like Djavan and Ivan Lins.
Mari is one of the few singers who can sing in five languages: English, Spanish,
Portuguese, Italian and French. She always shows a great versatility and stage
presence.
On September 2016 she is the protagonist of the reality show "That's My Country" for the national and international Italian TV RAI Italia.
On July 2016 she received the Dean Martin's Award in Italy which is the most
prestigious award for Italian-American artists who are recognized abroad because of
their talent and dedication.
Mari is currently signed to Chrome Records Inc. in the States and Hammer Music Italia in Italy as a Latin jazz/pop artist and is about to release her new live Latin Jazz album "Live and Alive" worldwide.
Mari’s versatility earned her a respected acting career as well. She is in fact a member
of the Screen Actors Guild and she performed in New York as a lead actress on some
movies as well as commercials. She also acquired extensive experience as a voice
over and worked for several major video and audio projects with Random House,
Living Language and many others.
In 2014 Mari became the lead singer of the UCLA Latin Jazz Big Band directed by
Doct. Bobby Rodriguez.
Discography (2017-2010 only):
-2017 "Live and Alive" Chrome Record Inc. Live jazz album
-2016 Records and releases "Vida" for Hammer Music Italia aired by 250 radio, with more than 400,000 Youtube viewers.
-2016 Producing her original solo album debut single in Spanish "Corazon Imigrante"
arranged by Grammy producer Leo Nobre, to be released by Chrome Records Inc on Dec. 2017
-2015 Mari is a guest vocalist and a voice over on the upcoming album of Mister G,
Latin Grammy awarded album "Los Animales".
-2015 Mari is a guest vocalist on David Longoria's EDM single "We Are One."
-2014 Mari and her band Nobresil release a second album titled "Original". A true
innovation in Brazilian jazz the album featured world icons of the jazz
scene and the Brazilian scene as number one flautist in the world Hubert Laws and
multi awarded percussionist Carlinhos Pandeiro de Ouro. A compilation of
original tunes written by Mari Nobre by herself and in collaboration with her musical
director Leo Nobre and songwriter Patrick Lockwood, the CD "Original" is
indeed an original and has been the most added release on the Billboard charts. The
album received enthusiastic press coverage from specialized magazines such as
Jazz Weekly and Smooth Jazz Magazine among others. "Original" by Nobresil
submitted to the Grammy as Best Latin Jazz album, was recently the recipient of the
prestigious Jazz Educator Award as best world music CD of the year. Mari was also the
recipient of the Jazz Educator Award determined by a reader poll of jazz
scholars and aficionados among the top 3 world artists of the year. Mari's song
"Obrigada" also received a nomination from the Hollywood Music in Media Award.
Mari is currently working in studio on her new upcoming album of original songs to be
released in Spring 2015.
-Mari tours with her band Nobresil in major jazz festivals and jazz clubs in United
States.
-The album "Original" becomes a top seller on ITunes and the most added album on
the Billboard charts.
-2012 Mari releases the Spanish single "Malaguena" featured on major commercial
radio.
-2011 Mari has released her captivating and irresistible CD “Nobresil- In Brazil”
arranged by twice Grammy nominated musician and composer Jovino Santo
Netos in 2011. Nobresil’s first CD “In Brazil”was played on 750 radio throughout United
States as well as in Central Europe and in Italy. The band was also the
headliner performer for the opening night of the famous Hollywood Brazilian Film
Festival sharing the stage with star Bebel Gilberto who opened the show for
Nobresil. The CD "Nobresil-In Brazil received the Akademia Music Award as best world
music CD of the year. The first single from the Cd "So Danço Samba"
has been #1 of the KXRL & Station Affiliates charts for the month of January 2015 and
held the position for an impressive period of time. 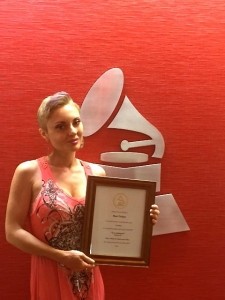 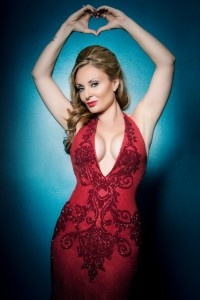 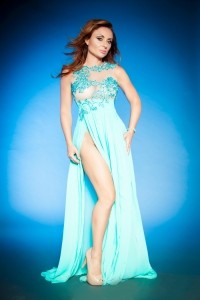 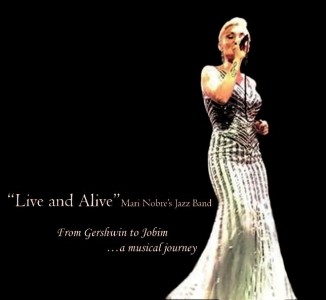 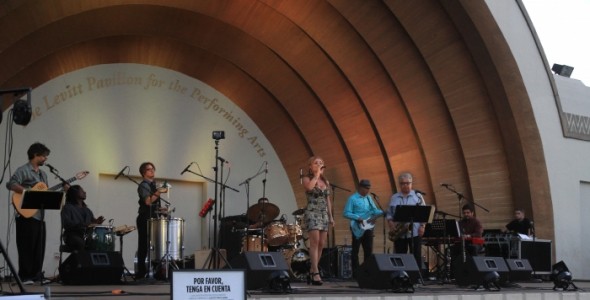 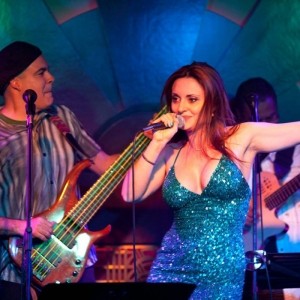