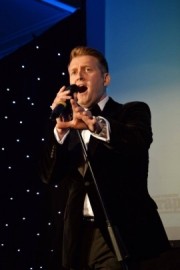 (no reviews)5.0
Country: United Kingdom
Based In: Bedfordshire, East of England
Performs: Nationwide
From: Every event differs based on what the client requires so for all prices please contact us

Nigel Adair performs traditional and modern swing and jazz standards as part of his one man show or with a fantastic 16 piece big band! Nigel Adair is also a presenter and can host any event.
Request a Quote
Share this Page:
Profile Views: 442
Report this profile

Nigel Adair is available from the smallest to the largest events as a solo performer and also with his 16 piece big band!
Music from the 1930's to date! ...Glenn Miller to Count Basie, Sinatra to Buble in a big band spectacular!

Swing Singer and Big Band Front Man
Right from an early age Nigel had a real love for the big band Swing, Jazz and Latin sound.
From a musical family and surrounded by the big band sound as a child, it was clear that Nigel would follow a musical path. As a radio performer for BBC radio and a recording artist, Nigel has produced 3 albums for charity which are a mixture of classic swing and modern swing standards with a twist of the Latin sound.
In addition to solo shows Nigel Adair fronts an amazing 16 piece big band!
The band was formed from some handpicked talent from across the region ... and has become one of the most foremost exponents of the big band sound from such legends as Count Basie, Duke Ellington and Glenn Miller.
Nigel performs with influences from some of the greats, Bobby Darin, Frank Sinatra, Dean Martin, Paul Anka but loves the energy and style of Michael Buble. 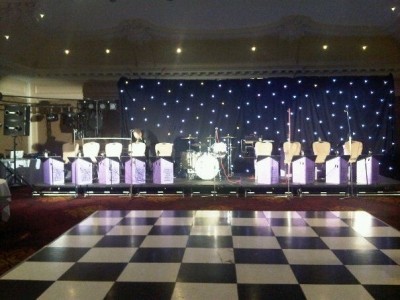 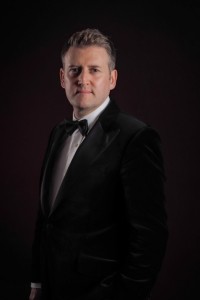 Nigel Adair has entertained at the smallest and largest private, corporate and charity events with both the big band and as a solo artist. Nigel is also a presenter and can host any event. If you are looking to make your event an extra special event then contact us today!!