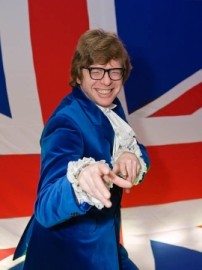 (no reviews)5.0
Country: United Kingdom
Based In: Whitby, Yorkshire and the Humber
Performs: Worldwide
From: £500

Brian Allanson has always had an uncanny resemblance to the Mike Myers character and has possibly, bearing an uncanny resemblance, unknowingly been in training for the part of Austin Powers lookalike all of his life.
Request a Quote
Share this Page:
Profile Views: 2239
Report this profile

Brian Allanson has always had an uncanny resemblance to the Mike Myers character and has possibly, bearing an uncanny resemblance, unknowingly been in training for the part of Austin Powers lookalike all of his life. He has become Europe’s leading Austin Powers LookaLike, SoundaLike and impersonator having taken over the persona from 2006.
He’s brought the Austin Powers character to life on both the corporate and private party circuits with his natural ability for humour and to entertain. He can expand his act to include other professional lookalikes, ie Fat Bastard, Dr, Evil, Mini Me, ... Vanessa Kensington, Felicity Shagwell and Foxxy Cleopatra as well as his ‘groupies’ of sexy swinging 60’s dancers who also often follow him around.
Not only a proficient entertainer as a successful Austin Powers lookalike, Brian can include an authentic tribute 1960’s Disco to compliment his Austin Powers performance as well as his very groovy “Tiger Bed” (very Grrrr baby!) and ‘mini-studio’ for hilarious photo opportunities.
Brian Allanson trained as a professional actor at Mountview Theatre School in North London. As a founder member of ‘The Ooze Theatre Company’ he performed on the London Fringe Theatre scene and toured the provinces, working as actor, writer and director – which is part of the reason you don’t just get an Austin Powers ‘lookalike’ – but the whole shagadelic experience baby!
After ‘The Ooze’, Brian worked with ‘Dance for Everyone’ as actor / narrator / writer. D.F.E. provided a lot of heart-warming and enriching life experiences working with deaf and handicapped children as well as in mainstream schools.
Presently living in his native North Yorkshire close to 1960s Heartbeat country – in fact Brian made a few appearances on Heartbeat itself – Brian thinks of nothing of jumping his in Shaguar or “Time Machine” and travelling the globe to fulfil his busy gig schedule. 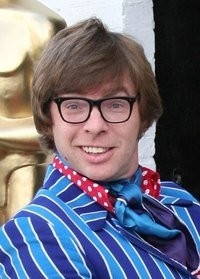 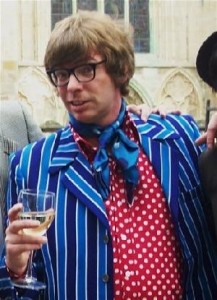 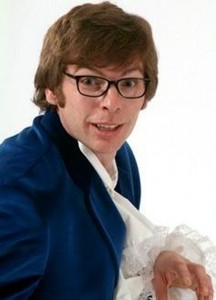 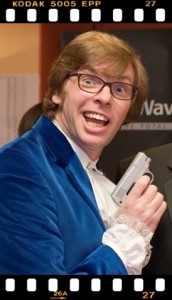 Request a Quote
Share this Page:
Click here to view more Lookalikes in Yorkshire and the Humber
Browse all Entertainment Hire options!
Looking for a different type of entertainment? Search NowContact Us