You are contacting Billy Kidd Magician 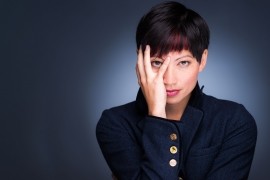 Billy Kidd is a female magician with a twist. She's a regular at Hollywood's Magic Castle, has appeared on numerous television series worldwide including hosting Discovery Channels Breaking Magic, and ITV's Next Great Magician. She performs close up and stage magic.
Request a Quote
Share this Page:
Profile Views: 828
Need Help?
✖