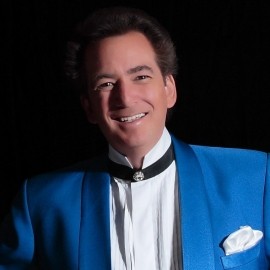 With a clean, professional look that showrooms and corporations expect, and a unique “game show” personality and high energy act that audiences demand, magician Harry Maurer is an Atlantic City Entertainer of the Year Award nominee that will get your audience cheering!
: 281-345-XXXX Click here to reveal
full number

Nominated for a prestigious “Atlantic City Entertainer of the Year Award”, Harry is a magician with a quick wit and a charming personality who knows how to get around audiences. What makes his shows so popular is the way he blends comedy, magic and "personality" in a way that gets people to laugh and interact while at the same time presenting "mind-boggling" illusions that people talk about long after the event has finished!
Las Vegas Entertainment Today described it best when they said: “His easy manner with the audience combined with a magical skill second to none, is what the audi ... ence remembers after the curtain goes down.”
With regular appearances in the casino showrooms of Las Vegas, Atlantic City and Biloxi, Mississippi and aboard top cruise lines around the world, Harry has lead a diverse career opening for such stars as The Supremes, Rita Rudner, Ray Romano, Joey Bishop, Billy Ekstein, Rich Jeni, Rosie O’Donnell, Frankie Avalon and so many others.
He has entertained U.S. Presidents, Celebrities and International Royalty. Fun, but never offensive, his performances are the perfect blend of magic, comedy and fun!
Harry Maurer presents a show that should not be missed!

MAGICIAN HARRY MAURER:
Nominated for a prestigious “Atlantic City Entertainer of the Year Award” Harry Maurer (pronounced like “power”) is a comedy magician with a quick wit and a charming personality who knows how to get people to laugh while being amazed.
Las Vegas Entertainment Today described his “hysterically classy” show best when they said: “His easy manner with the audience combined with a magical skill second to none, is what the audience remembers after the curtain goes down.”
As a child, Harry was determined to be a magician and performed his first of many n ... ightclub shows at the age of 13. By the time he reached High School, with the permission of his teachers and school Principal he had managed to re-arrange his class schedule so that he could leave school early each day to perform the matinee and evening shows at a nightclub at the New Jersey shore!
By the time he was 16 he was entertaining six hours a night at the table sides of major restaurants presenting magic only inches away from the patrons! Here is where he learned best how to interact with audiences and get them participating, amazed and laughing! For the next 5 years, Harry would always find time in his schedule to hone his "close-up magic" in restaurants and has presented his "table-top trickery" in such exclusive venues as "Top of the World" (World Trade Center), "Tavern on the Green" and the famous "21 Club".
Throughout his college years he continued juggling school and work by learning from professional Broadway acting coaches and scenic and lighting designers during the day at the “Mason Gross School of the Arts” at Rutgers University while entertaining onstage nightly at The Playboy Club in New York City breaking a record for the most performances of any solo entertainer in the circuit!
Presenting over 1,300 shows at The Playboy Club gave him the opportunity to work closely with and to learn from professional entertainers on a nightly basis while hanging out with top New York comedians during the heyday of “Catch a Rising Star”, “Dangerfield’s” and “The Improv”.
With his consistently clean and entertaining shows, he was asked to join comedy legends Joey Bishop (from Sinatra’s original “Rat Pack”), Jackie Vernon and other national stars on a five month tour of the United States followed by a four month engagement in Atlantic City where the hit show sold out its nearly 2,000 seats each day!
Malcolm Gladwell in his landmark book "Outliers" states with certainty that it takes 10,000 hours of practice to achieve mastery in any field. Between Harry's years of presenting close-up magic in front of diners in exclusive restaurants, his 1,300 shows with the Playboy Circuit, his years of performing in professional venues and starring in productions shows (presenting as many as 13 shows per week) -- Harry has clocked more that 10,000 hours! He is more than just "masterful"... he is an extremely skilled, fun and proficient entertainer which you can tell the moment he steps onto the stage!
Harry never stops working and now spends an average of 47 weeks each year entertaining in casinos, theaters and aboard cruise ships around the world and had lead a diverse career by opening for such stars as The Supremes, Rita Rudner, Ray Romano, Joey Bishop, Jason Alexander, Rich Jeni, Rosie O’Donnell, Frankie Avalon and so many others while entertaining U.S. Presidents, Celebrities and even International Royalty with his fun and interactive magical style. 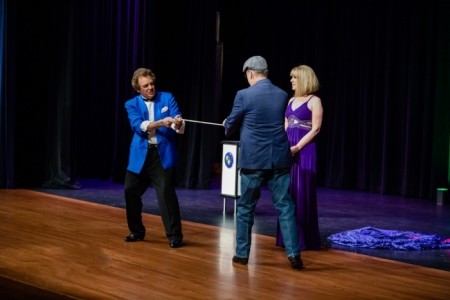 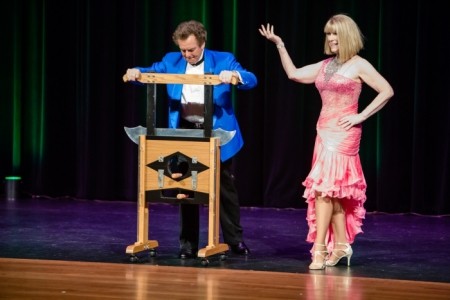 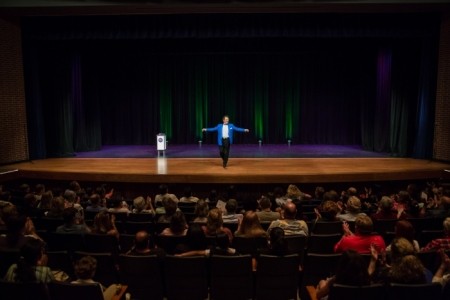 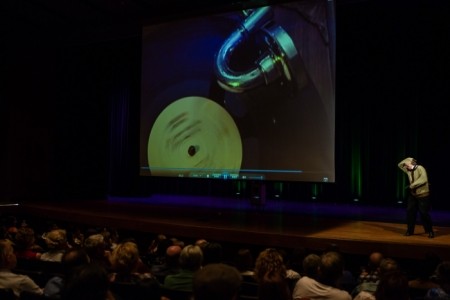 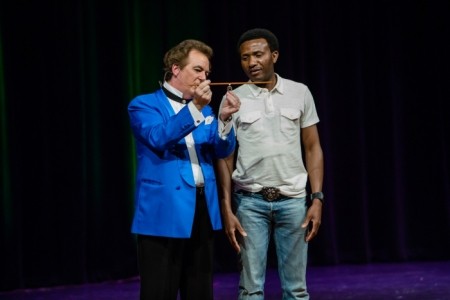 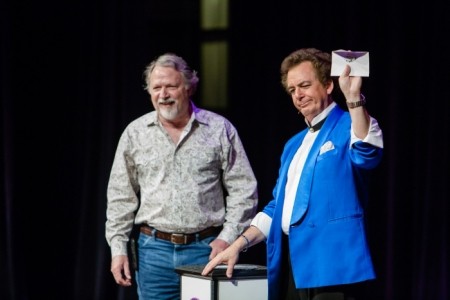 Is a regular cruise ship and casino entertainer. For more than a year he has starred in his own nightly cruise ship theater show (a mega-ship that holds over 5,000 passengers), he has entertained in casino showrooms in Las Vegas, Biloxi, Laughlin, Reno and more than HALF of the casino showrooms in Atlantic City where he was nominated for a prestigious "Entertainer of the Year Award". He has hosted and starred in over 10 Las Vegas-style production shows around the world and always get great press responses including:
"The key to this production is 'magico' Harry Maurer, a brash, youthful ... performer with a good sense of humor who knows how to get around audiences." - VARIETY
"What makes the evening good fun is the get-in-on-the-fun feeling generated by magician Harry Maurer." -CHICAGO DAILY CALUMET
"Magician/comedian Harry Maurer is a delight. He has possessing qualities that whole heartedly deserved the cheers from the audience. He definitely has a special style of delivery. This man is going places!" - ENTERTAINMENT NEWS AND VIEWS
“Ah, but then came the good stuff. . . We speak of comedian-magician Harry Maurer... For our money, he provided the best casino amusement we’ve seen on the Coast. . . Maurer left the stage, and we watched the rest of the show wind up -- And it was OK, but we found ourselves hungry for more of Maurer’s magic. Because, despite a Mick-Jagger president, a trembling Wall Street and a hurricane threat, when Maurer had been on stage, we were certain the sun had broken through the clouds. At least for a little while.” - THE SUN HERALD
(More Press and Corporate testimonials available on our website)