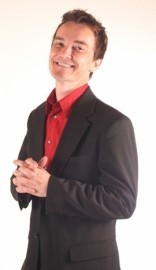 David Sandy is an incredible Comedy Magic entertainer with more than 3 decades of experience performing all over the world! Based in Kansas City, Missouri.
Request a Quote
Share this Page:
Profile Views: 939
Report this profile

David Sandy customizes each and every performance for the client's specific event... no "cookie cutter" shows or "one show fits all" mentality. All performances include lots of audience participation, comedy, magic and fun. David is a regular performer at the world-famous Magic Castle in Hollywood, California.
David Sandy has been entertaining and speaking at corporate events, conventions, banquets, meetings, trade shows and get-togethers for over three decades. We can tailor a program specifically customized for your next event! David's programs are not only entertaining, they're motiv ... ational, inspirational, and just plain fun! Audiences don't merely watch David's show, they become part of it.
Complete with lots of audience participation and fun, David Sandy can make your company president the star of the show by causing them to levitate in mid-air, or perhaps by making your special guest magically appear from thin-air! David magically weaves an inspirational message throughout his program that may include important topics such as Team-Building, Problem-Solving and Motivation/Inspiration.
We will be delighted to provide you with as many references as you might need upon request! Please call us today and find out how we can make your next get-together an unforgettable experience!

David Sandy took up magic as a hobby at the young age of 6. After entertaining his fellow first-graders with a simple card trick taught to him by his father, David was hooked. Trip after trip to the local library gave him his first look into hidden secrets of magic and entertaining.
As a youngster, he began entertaining at service organization banquets, scouting events, local meetings and schools. His reputation as a great entertainer even as a teenager took him to resorts, theaters and conventions where he was often the featured entertainer.
At the age of 14, he met Faucett W. Ross, a ... retired professional magician, who became David's close friend and mentor. Over the next 7-8 years, Mr. Ross taught David the real secrets of entertaining an audience. . . secrets which couldn't be found in any book.
David Sandy has been entertaining professionally throughout the heart of America and along both coasts since the 1970's, including regular appearances in Las Vegas and at the world-famous Magic Castle in Hollywood, Calif. He is considered to be one of the leading entertainers of the new generation and has received numerous awards for excellence in entertainment from his peers. David has been awarded the titles of "Stage Magician of the Year" (both in 1993 and 1998) and "Close-Up Magician of the Year" (both in 1996 and 1998) from Ring 129 of the International Brotherhood of Magicians. He is also a member of the National Speakers Association.
Over the years, David's magical accomplishments include causing a brand new sportscar to vanish into thin air while in full view of an audience. David has also driven new cars through busy traffic while completely blindfolded with his eyes taped shut. In addition, he has escaped from strait jackets while suspended upside-down in mid-air, wooden packing crates, canvas mailbags, handcuffs, ropes and other restraint devices. Adding a magic touch to a promotional message, David also represented Nabisco Foods in their nationwide "Unlock the Magic of Oreo" promotion held in supermarkets throughout the United States. Recently, David caused a young lady to float in mid-air over the top of a 16-story building.
In addition, David was asked to perform and produce all of the magical entertainment for President George W. Bush's Inaugural Banquets in Washington, D.C. in January 2001. As a result, over 5,500 guests enjoyed the magic and comedy of some of the world's finest magicians.
David recently served as International President of the International Brotherhood of Magicians, the world's largest and most prestigious organization for magicians with nearly 14,000 members worldwide. He is also an Honorary Lifetime member of the Academy of Magical Arts (The Magic Castle) in Hollywood, Calif.
David has a unique ability to blend magic, comedy and illusion into an entertaining program or keynote speech that is suitable for almost any venue. Throughout the show, David involves many audience members in his illusions and even "teaches" one volunteer a few tricks of the trade. His warm personality immediately connects with his audience in order to create an instant magical rapport. David's audiences don't simply watch the show, they become part of it. It's both fun and inspirational!
David entertains regularly at company banquets, conventions, trade shows, expositions and corporate meetings. In addition, he has appeared on numerous television programs and radio broadcasts. 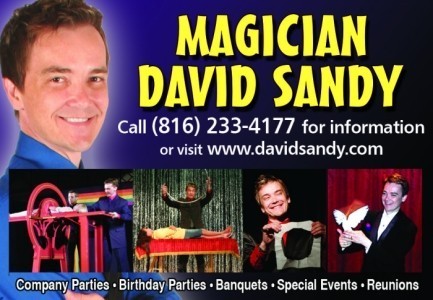 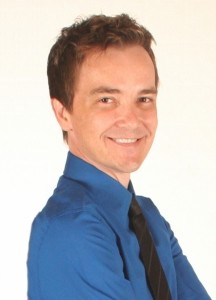 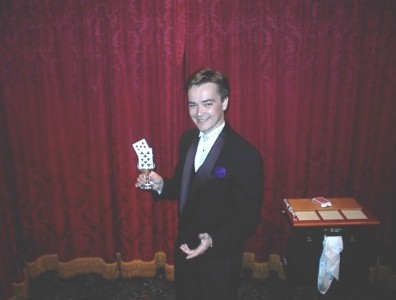 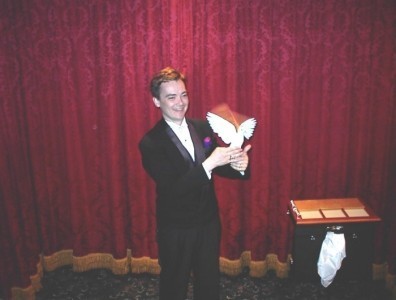 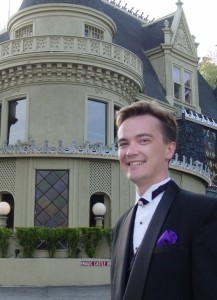 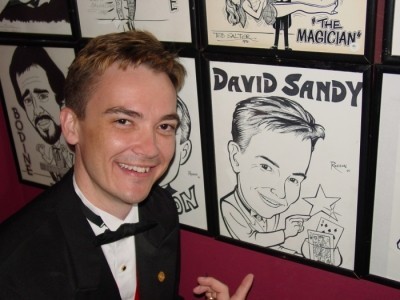 David is insured for public liability.