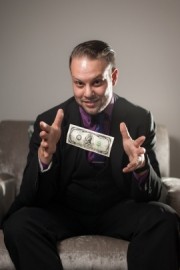 Marcel Oudejans is one of South Africa’s leading professional magicians & entertainers. With a rare combination of professionalism & humour, he is a specialist who knows how to communicate effectively, make people laugh & help you make an important event unforgettable.
: +2783229XXXX Click here to reveal
full number

When contacting this member, please state that you are viewing their Entertainers Worldwide profile.
Request a Quote
Share this Page:
Profile Views: 1836
Report this profile

Stand-Up Comedy Magic Show (30 to 45min):
Marcel’s engaging personality shines through in a show that combines comedy with sleight-of-hand, mind-reading, psychokinesis & other surprises. The show is guaranteed to make audiences gasp in astonishment, burst into laughter & be fully engaged from start to finish!
By bringing as many people on stage as he can, Marcel ensures maximum audience participation & interaction. Let Marcel keep your audience entranced with his entertaining performance, while you sit back & relax – knowing that everyone is going to give awesome feedback! Whether you ... want to use the performance to inspire your audience, deliver your message, or simply entertain a large group, Marcel is certain to provide a ‘magic touch’ rarely seen on the South African entertainment market. His masterful audience-management techniques & instinctive ability to anticipate the audience’s needs not only guarantees that his material & script is appropriate, but also ensures that your guests will be talking about the show long after Marcel leaves the stage.
Close-Up Interactive Mix-n-Mingle Magic:
Using his expert sense of timing, witty & comical humour, & audience-tested sleight-of-hand, Marcel will leave your guests astonished & in awe. Objects change inexplicably in your hands, watches are ‘stolen’, forks melt & twist, minds are read … indelible memories are created that your guests will talk about & thank you for!
Whether your guests are seated, or standing in groups, Marcel travels through your venue eliciting powerful reactions of laughter & shock during an interactive performance that includes more audience participation than ever seen before. With over 10 years of professional magic experience, Marcel has an incredible talent to interact & personally entertain your guests.He caters for individual tastes & actively encourages your guests to take part in the show, without having to leave their seats (perfect for those that are shy!).

Marcel Oudejans is one of South Africa’s leading performers, specialising in corporate events and association conferences. His is one of only a handful of presenters in the world who is able to provide a bespoke, custom-branded performance for marketing events, training & conferences. Marcel’s gifts for humour and entertainment have consistently delivered positive results for clients worldwide.
Marcel is a “Corporate Magician”, Entertainer and Master of Ceremonies, who has performed for dignitaries, celebrities and large multi-national corporations for over 20 years; from small in ... timate audience settings to large-scale broadcast events. He developed a flair for corporate audiences while serving three years as the “house magician” at the Madame Zingara group. His specialty is the ability to present a show to suit a particular client brief and audience requirement.
While many corporate entertainers deliver a fixed, scripted performance, Marcel believes that each show is about the specific client and their guests. Corporate clients are assured that their audiences are left with a positive, fun experience that reflects the brand.
In 2016, Marcel founded & produced Africa’s premier magic theatre, “Cape Town Magic Club“. After 2 extremely successful Seasons, this theatre has become known for the World-class quality of the experience, atmosphere and magicians that have performed there already.
Marcel is currently the youngest registered Professional member of the Professional Speakers Association of Southern Africa, a member of the Global Speakers Federation. He is also an Associate member of SAACI (The South African Association for the Conference Industry). This means that he is able to deliver content presentations, topical talks or pure entertainment at a professional level, no matter what the context.
Marcel is indeed one of South Africa’s leading magicians and entertainers, entertaining diverse audiences with a sparkling personality that knows how to communicate, make people laugh and teach valuable business lessons at the same time.
Quick Facts:
- 20 years of professional experience
- 11 000+ hours of event performances
- 180+ blue-chip corporate clients
- Founder & producer of Africa's premier magic theatre, Cape Town Magic Club
- Multiple national TV, radio & newspaper appearances 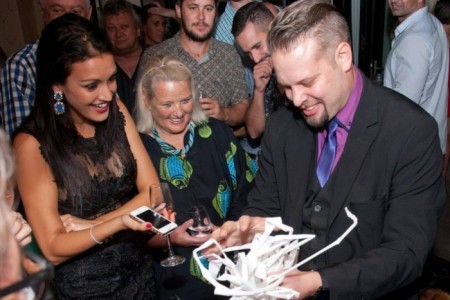 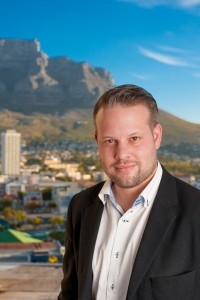 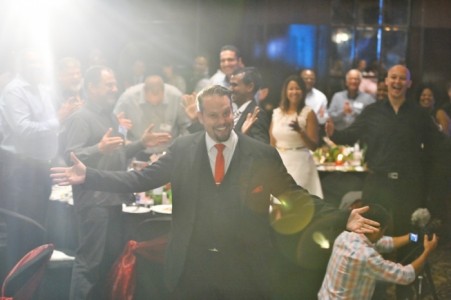 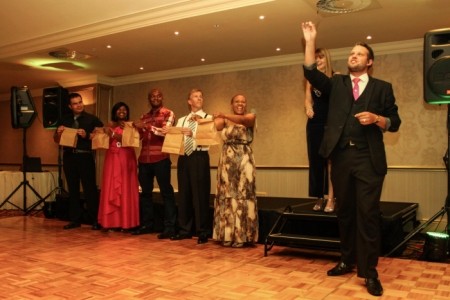 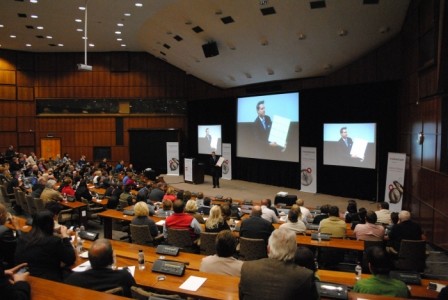 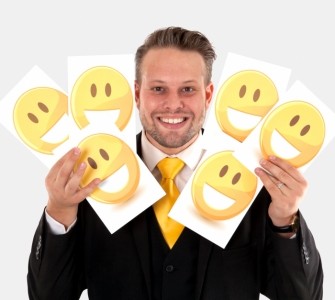 Over 10 000 hours of professional performance experience, for over 180 corporate clients, for all types of events and audiences.
Marcel took an interest in the Art of Magic at age 9 and started performing professionally from age 15.
Performed at family restaurants until 2001.
Over 3 years of performing 6 nights per week for “Cubaña” Bellville, where Marcel established his reputation as a talented performer.
6 months of performances for “Maestros on the Beach”, Milnerton.
Over 3 years as the in-house magician for the infamous original “Madame Zingara” and “Cara Lazuli” res ... taurants in Cape Town.
Part of the performance crew for the first Cape Town run of “Madame Zingara’s Theatre of Dreams”, 6 nights per week.
Specially requested to perform for the IBM “100 Club” international sales conference dinner party at the Castle of Good Hope, Cape Town.
Two VIP performances for international companies, including a presidential dinner, at Polana Hotel, Maputo Mozambique.
Magic and entertainment performances throughout Southern Africa and Kenya.
Retained as the hotel magician for Sun International “Zambezi Sun” hotel at Victoria Falls, Zambia, for Christmas and New Year entertainment, 2006 and 2007.
Performed in London, UK, and part of the “Marvin’s Magic” staff at “Harrods” in Knightsbridge in 2004.
Invited to attend an exclusive conference for ‘Corporate Magicians’ as part of Joel Bauer’s “Infotainment” training, in Lost Angeles, CA. in 2007.
Visited and performed at the world-famous “Magic Castle” in Hollywood, CA., in 2007.
International guest performer and lecturer at “Vismayam 2008”, India’s largest ever magic convention. Over 1 000 local and international performers attending this prestigious event in Thiruvananthapuram, Kerala, hosted by the Magic Academy of Kerala. Marcel lectured on ‘close-up’ magic and performed on stage for over 1 000 people. He was awarded a trophy by the tourism council of Kerala.
Guest lecturer at the 2009 South African Magic Convention, on the subject of “Magic and Marketing”.
Currently the youngest registered Professional member of the Professional Speakers Association of Southern Africa, a member of the Global Speakers Federation.
2009-2012 Vice-President of the Cape Town Chapter of the PSASA.
A registered member of the Performing Arts Network of South Africa.
Committee member, Western Cape branch, Performing Arts Network of South Africa, July 2014 –
Current serving director of the Upliftment Programme, an PBO providing care and attention to children in hospitals and disadvantaged communities across Southern Africa.
Founding member of ‘The Long Shots’ Improvised Comedy Troupe.
Performed in his own shows, “Sleight Of Mouth 1 : The Art Of Talking Your Way Out Of Anything” (2013 & 2015), “Curious Things” (2014), and “Sleight Of Mouth 2: Now Talk Your Way Out Of This!” (2015) at the National Arts Festival in Grahamstown.
Selected to perform his one-man show, “Sleight of Mouth”, at the inaugural Cape Town Fringe festival in 2014.
Associate member of SAACI (South African Association for the Conference Industry) since October 2015.