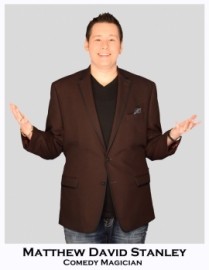 (no reviews)5.0
Country: United States
Based In: Dayton, Ohio
Performs: Worldwide
From: $2000

I combine Comedy and Magic for a fun filled interactive show that is sure to please.
: 937-546-XXXX Click here to reveal
full number

Calling Dayton, Ohio home, Matthew David Stanley combines Stand-Up Comedy with Mind Blowing Magic for a result that can only be described as Entertaining. He is the proud recipient of the prestigious “Lance Burton Award” presented in Las Vegas, NV as well as the “International Brotherhood of Magicians Stage Champion Award” Presented in Kansas City, MO as well as many other National and International titles. He has been featured on NBC and FOX television networks and appeared as a guest on "Night Shift" with Kevin Ferguson. In addition to Stage performances, Matthew also offers Strollin ... g or Stationary Close-Up Magic, which is perfect for Cocktail Parties, Receptions, Trade Shows, and Corporate Events.
Now with nearly 20 years of performance experience Matthew currently tours the United States as well as Internationally performing his unique blend of entertainment at Corporate Events, Trade Shows, Comedy Clubs, Colleges, Resorts, and recently returned from Headlining two weeks at the Atlantis Resort in the Bahamas. He has opened for such names as Master Illusionist David Copperfield, Country Music Star Mark Wills, Funny Man Gary Owen, and Tom Wilson a.k.a. "Biff" from the Back to the Future Trilogy. Matthew offers performances ranging from Family Friendly to Corpoprate Clean, as well as a little more edgy Comedy Club Style Performances and everything in between. He custom tailors his material to each event. Matthew is a seasoned professional and there is a little bit for everyone in his performances. 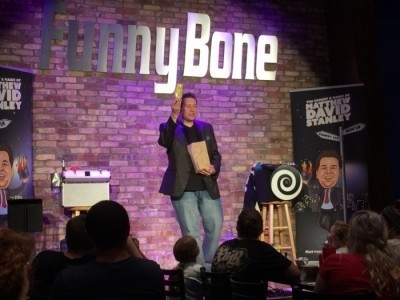 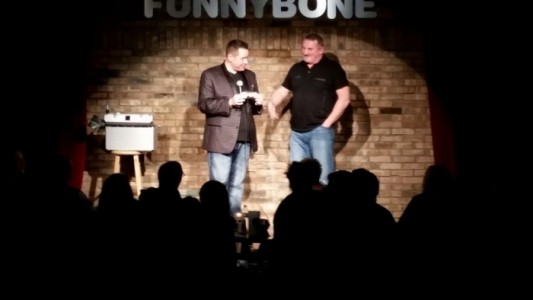