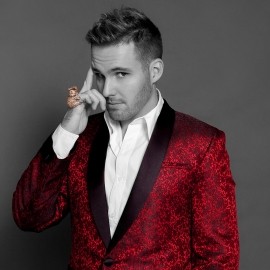 Australia’s only Comic Magician & Hypnotist, PiP Comic Illusionist is being recognised world wide as one of the best acts out of Australia!
You may have seen PiP on one of his many TV appearances including being a finalist on Australia’s Got Talent 2012 or you may have seen one of his shows when touring around the globe. His tours have included sold out shows during the Adelaide Fringe, Sydney Comedy Festival, Melbourne International Comedy Festival, Melbourne Magic Festival & at major venues including the iconic Sydney Opera House. He
has also been a Guest Entertainer on major cr ... uise lines including Celebrity,
Royal Caribbean, Princess, P&O and Carnival. His Las Vegas performances
include the Hard Rock Hotel & Casino, The Downtown Grand, & Playboy
parties at the Palms Hotel & Casino.
PiP’s humble beginnings street conjuring as a teenager are far behind
him now (but not forgotten), with sell out shows around the world,
performances at exclusive events as well as performing with artists,
groups and bands such as Justice Crew, Timomatic, Nathaniel and
Samantha Jade. He was asked by Warner Bros. to be the face of their
campaign for the DVD launch of The Incredible Burt Wonderstone,
starring Steve Carell, Steve Buscemi, Olivia Wilde, Alan Arkin & Jim Carrey.
In 2006 he was one of only 18 teens chosen worldwide to compete at the World Magic
Seminar. In 2007 he was requested to come back and do a second performance during the APEC conference and in 2009 he performed 46 one man shows at the Melbourne International Comedy Festival in just 4 weeks.
Not one to sit idle, his personal projects keep him very busy on the side. One of the most successful of these was the 2 sell out seasons of The Magic Club in Sydney.
He also decided to turn his health around in 2010 and over 12 weeks lost 30kgs!
Also well known for his charity work, PiP has given up much of his time to be apart
of many events and fundraisers for countless charity’s and not-for-profit
organisations including cancer research, emergency fund reliefs and
he is a proud Ambassador for Barnardos Australia & Books In Homes.
Now calling Las Vegas his home, PiP is only just getting started... 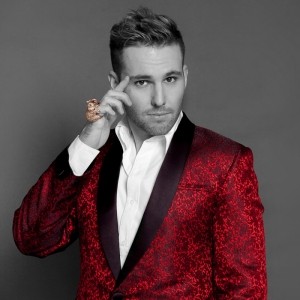 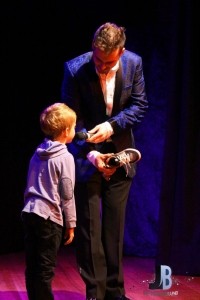