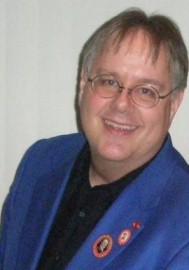 (no reviews)5.0
Country: United States
Based In: Longview, Washington
Performs: Worldwide
From: Contact

When contacting this member, please state that you are viewing their Entertainers Worldwide profile.
Request a Quote
Share this Page:
Profile Views: 768
Report this profile

I started doing magic in 1990. Shortly after, I joined the Society of American Magicians. I have been performing professionally for most of that time. I started doing children's shows then graduating to restaurant magic and then developed my own comedy parlor act. I have won many awards while in the Society of American Magicians including Stage magician of the year, most entertaining card trick contest 3 times, comedy magician of the year and close up magician of the year. I was also awarded a special commendation from the national president of the SAM. I currently serve on the board of our lo ... cal chapter 59 in Portland OR and am the Oregon Deputy of the SAM national.

I have Emcee experience, entertaining for large groups. I hav performed in variety acts, fund raisers and corporate events including trade shows.

Clients Cramer has magished for
The Amazing Cramer (that's me) has been performing comedy, children's and close-up magic for many years. Some of his clients include Lower Columbia College, Washington Hypnotists Society, Portland Pet Suppliers Convention, Longview WA Altrusa Club, 3 Rivers Mall, Triangle Mall, Academy of KungFoo, Cadillac Ranch Casino, The Spaghetti Works, City of Longview, Residential Resources, Longview Parks and Rec, Lions Club, Fraternal Order of Eagles, Hollinger Construction Inc, Americorps, Applebee's Grill and Bar and the Red Lion, just to name a few.
He currently ... performs magic and all sorts of craziness around the northwest. He has performed for audiences such as kids! Parents! Humans! Animals! There is no species (domestic / land) he hasn’t performed for.