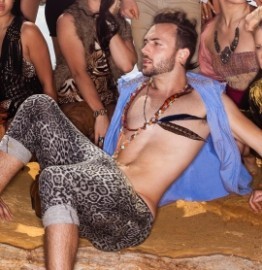 (no reviews)5.0
Country: Australia
Based In: australia, Queensland
Performs: Worldwide
From: Contact

" . Upon completion of his 2 years of full time training in Dance/Musical Theatre at Australian Dance Performance Institute in brisbane.James has continued following his passion for dance and theatre.
In 2009 James was Employed as a dancer for Carnival Cruiselines on board the Carnival Fantasy.Once returning to Australia he was lucky enough to successfully gain a contract with Universal Studios Singapore as a singer/dancer in the 'Monster Rock' show Playing the roles of Phantom and Dracula. During his two year stint in singapore James was also appointed Dance Captain for the 2010-2011 Cast. ... In previous years James performed as a vocalist with Pop vocal group 'The company'.  James has danced for the likes of Emily Williams,Anthony Callea,Martha Wash and Cosima De vito.  He has also performed in large scale events such  as 'Zoukout' presented by Singtel, Cortina watches gala ball, Versace awards night, the AFL and The Australian Open Tennis.
James relocated to Melbourne at the beginning of 2012 where he enjoyed honing his skills further and working as a talent for commercial Dance agency 'Bfierce'. Currently james is completing contract once again in singapore at Universal studios and still actively pursuing new horizons.