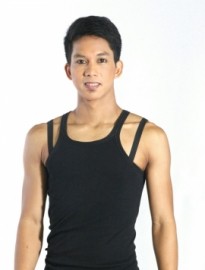 When contacting this member, please state that you are viewing their Entertainers Worldwide profile.
Request a Quote
Share this Page:
Profile Views: 379
Report this profile

Born in Lanao del Norte, Philippines, Kent began his formal training in classical ballet and contemporary dance with the Halili-Cruz School of Ballet and Quezon City Ballet. He was later granted a scholarship at the University of the East. He participated in the 2010, 2011 and 2012 “Sayaw Pinoy” National Dance Festival and Competition. In addition, he joined the 13th Asia Pacific Dance Competition (APDC) in Thailand, where he ranked Grand Champion in two Ensemble categories and was Honourable Mention in a Solo category. In 2012, he competed in the 14th APDC in Hong Kong and ranked Grand Ch ... ampion in an Ensemble category. In the same year, Kent became a company member of Philippine Ballet Theatre—a resident dance company of the Cultural Center of the Philippines. In May 2014, he was hired to become a dance teacher in Le Swan Dance Studio, Brunei. During his stay, he was also invited to be a guest choreographer and performer in The Panaga Dance Centre’s recitals. In September 2014, Kent earned a grade of “Distinction” in his United Kingdom Alliance (UKA) Contemporary Dance GOLD Examination. In March 2015, he became a licensed Zumba instructor and ZIN. He moved to London in October 2015 and joined The London Ballet Company as an Intern.