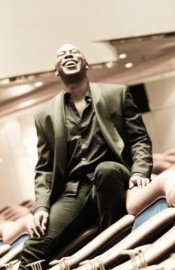 “Always and Forever: The Sounds of Luther Vandross" is a unique, riveting solo tribute show to one of the worlds greatest soul singers, performed by vocal powerhouse Alexandre Chenault.
Request a Quote
Share this Page:
Profile Views: 764
Report this profile

“Always and Forever: The Sounds of Luther Vandross" is a unique, riveting solo tribute show to one of the worlds greatest soul singers, performed by vocal powerhouse Alexandre Chenault.
Re-live the music of Luther Vandross, through the soulful powerhouse voice of Alexandre as he sings the greatest hits of the late, great Luther Vandross, one of greatest R&B artists America has ever produced. From ballads such as ‘Dance with My Father’ & ‘A House is Not a Home’ to the memorable ‘Always and Forever’ the hits keep coming. Plus on request, hear songs from Ray Charles, Lionel Richi ... e, Donny Hathaway, and many more…

Alexandre Chenault, is an soul/R&B singer. After leaving his lucrative corporate law job at one of the nations top law firms, he decided to return to his true love—music. After a nine year hiatus, he is back and ready to share his sound with the world. His upcoming EP pays tribute to his greatest influences in music, as he remakes classic hits from Luther Vandross, Donny Hathaway, and Ray Charles.
Alexandre was born and raised in New York City and began singing at the age of seven. He is of Trinidadian, French, and African heritage. As a child, he often spent his nights sleeping on the co ... uch at the recording studio, as his mother and aunt were part of a recording group called the Soul Boys. His maternal grandmother a concert pianist, Dorothy Davenport, was one of the first African Americans to play at Carnegie Hall. His paternal grandmother spent her twenties as a limbo dancer. As a teenager, he attended the Brooklyn Conservatory of Music for piano lessons but found more joy in singing. He attended the Fiorello H. LaGuardia High School of Music & Art And Performing Arts, joining such famous alumni as Barbra Streisand, Jennifer Aniston, and Nicki Minaj. After finishing high school, Alexandre attended and graduated from Morehouse College where he majored in theatre and was a member of the internationally acclaimed, Morehouse College Glee Club.
As a teenager, he sang background for Broadway great, Lonnie McNeil. He also opened for a number of musical artists including four-time Grammy nominated and Tony Award winning singer, Melba Moore. He also opened for the MAC Award winning Australian singer, David Campbell. Other artists Alexandre has opened for include Norm Lewis, John Bucchino, Alix Korey, Marian McPartland, and Tovah Feldshuh.
He has performed in musicals in New York City such as West Side Story, Eubie, After All These Years, Sweet Blessings, and Another Chance. He has also starred in several revue shows, Boogie Wonderland, Broadway Rhythm & Rhyme and Signed Sealed Delivered on the Royal Caribbean’s cruise ships. Before launching his solo career, he had performed at Carnegie Hall, Madison Square Garden, Lincoln Center, Waldorf Astoria, Atlanta Symphony Hall, Minneapolis Symphony Hall, Spivey Hall, with groups such as the Handel Society, Morehouse College Glee Club, New Music Singers, and the Umoja Youth Troup. 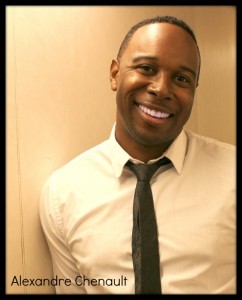 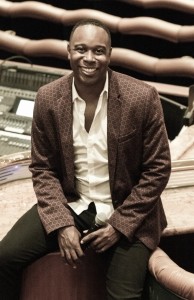 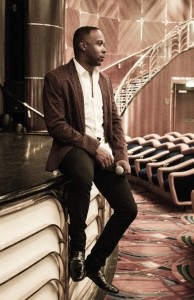