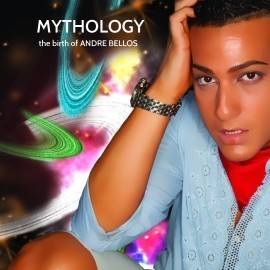 An electrifying show of dance, music, and art. Performing past hits and present.
Request a Quote
Share this Page:
Profile Views: 921
Report this profile

I am a pop singer and I perform original music. I travel w/ dancers who assist in my show and tend to do remixes of popular 80's music.

When you say choreographer, singer, model, and actor you think, Andre Bellos. Born a Chicago native, created a voice for himself and began his journey at a tender age. August 13th, 1995 just thirteen years old, Andre’s mother enrolled her son in schooling for child actors. An expensive fifteen week boot camp, developed to hone in on young talent and turn them into superstars. Barbizon modeling school was a great opportunity for proper training and healthy growth. After successfully graduating and earning a certificate of completion Andre took off. With plans of superstardom on his mind and h ... is mother managing/ financing his career, moving him into the audition process was no problem. Countless companies showed interested including I.MT.A, J.R.P, John Casablanca’s, and I-POP to name a few. As the commitment grew stronger the financial responsibility followed. The stress proved to be overwhelming and subsequently Andre was deterred away from the entertainment industry by the same person that introduced him to this world, his mother. Exactly one year after what seemed to be a “big break” was now over.
Fourteen years old and encouraged to focus on his studies Andre began high school. Graduating from Maine West high in 2005 w/ honors he dove into the community and involved himself in as much as he could. This was one way he continued his training into perfecting his craft. Shortly after graduation and now of age to work in this industry on his own Andre entered in to a musical group entitled “Da Truth” consisting of two female leads and two male back-ups. The group recoded a demo and moved forward w/ ambitions of making it in Hollywood. Shortly after forming they won a chance through a local radio contest to showcase themselves to music guru Russell Simmons. Popular Chicago R&B based station 107.5FM W.G.C.I gave these young hopefuls a shot. Setting up and executing a professional audition w/ the music mogul was next. After doing so the timing felt right to graduate to another level of artistry. Although the time was not right and after much deliberation D.O. D (Def on Demand) Russell Simmons and his television station at the time moved in a different direction. Six months later in 2007 the group was dismantled.
Andre and a primary female lead of the group had been left behind. This Italian r&b songstress moved on and toured locally as a solo act. Bringing in Andre as her choreographer and back up dancer. Included was a young female dancer, making the duo a trio. For the next eight months everyone grew together and as individuals and unfortunately grew apart. Andre broke off from the duo and began to book local performance dates under a new nickname. Andre B. was created, stemming from a fascination w/ 80’ and 90’ popular dance era artists.
Andre “Andre B.” Bellos has been breaking through the challenge of standing out amongst the Chicago crowd. He has built his team from the ground up and released his first studio single in 2009. A fan favorite, and charting on local pop charts, Hit the dance floor was a jump out of your seat dance anthem. Circulating amongst a young crowd Andre B. was the newest tween sensation. After a long 12 month run Andre gravitated towards an older crowd. The mid-west nightlife music scene was reaching a fever pitch at the time. This encouraged him to broaden his creativity and show more of himself w/ his second studio single Notice. In February of 2010, this Miami themed club banger hit the scene hard. When music proved not enough he branched out into acting and modeling. Enduring a successful online campaign for South Pole clothing co. two years in a row. (2008-2009) As an actor he has contributed work to films such as: The Dilemma, the latest installment of Superman, and the Showtime series Shameless, just to name a few roles.
This dancer turned all around entertainer is making his way through the industry bringing his own unique retro style and upbeat dance records to life. In 2011 he delivers w/ “Andre Underscore B." his first ever mix-tape of 80's and 90's popular freestyle/dance records. With a new look and a new sound Andre leads this effort w/ two new tunes. A remixed version of Eurythmics, “Sweet Dreams” alongside a breathy cover of Stevie B.’s “Diamond Girl. Released as a double feature, both proving that freestyle music is back and so is Andre B. In March 2012, Change on me was released as a third single off Andre Underscore B. Catching his audience’s attention w/ a seven minute composition, much longer than any of his other records. In 2013 Andre B. comes full circle w/ his highly anticipated debut.
“Mythology” is the title of this original album. Graduating to another level, Andre B. drops the initial for his real name, Andre Bellos. The birth of Andre Bellos has begun. Look out for official merchandise and tour dates in the Chicago land area and surrounding states.