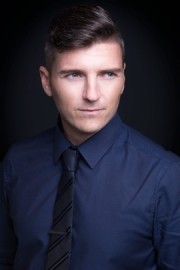 As seen on the TV show 'BENIDORM'
Request a Quote
Share this Page:
Profile Views: 506
Report this profile

Solid Gold Rock'n'Roll
From the teen idols to The Beatles, sit back and singalong to the songs that defined a generation, the golden era of Rock’N’Roll.
One of the UK's finest performers, Asa first appeared on U.K TV screens back in 2004 portraying Bobby Vee on the hit TV series, ‘Stars In Their Eyes’. His ‘Solid Gold Sixties’ show has entertained audiences throughout the U.K and Europe ever since.
The Voices Of Swing
Enjoy all the crooning greats in Asa Elliott's charismatic modern big band show. Bringing you the best of the Rat Pack, Michael Buble and timeless swing ... icons.
Sing and swing the night away to the voices that made cool, king.
Asa Elliott has wowed audiences worldwide with his commanding stage presence, talent, and good humor for over a decade.
An Evening With Asa Elliott
Enjoy an evening of 60’s and 70’s classic hits from Frankie Valli, The Drifters, Michael Buble, plus many more.
A show that brings you the best of Rock'n'roll, swing, timeless ballads and that something extra.
A true cabaret showman, Asa is best known for his role in the prime time award winning UK comedy series 'Benidorm’. Starring as the resident singer in ‘Neptunes Bar’, Asa has appeared on TV screens in the UK and across the world.

Asa appeared as Bobby Vee on the TV show 'Stars In Their Eyes'. Asa has worked in the UK and across Europe for over 15 years. Asa is best known as the resident singer on the hit TV series BENIDORM which he has appeared regularly for 3 years. 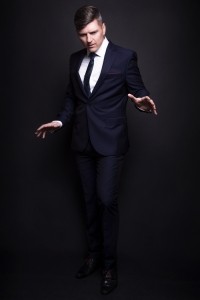