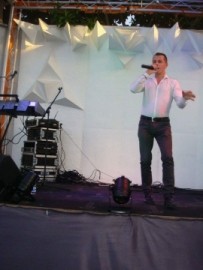 A Solo Act. Singing with backing tracks. Classically trained but able to sing several styles. Like to get the audience involved and give them a night to remember.
Request a Quote
Share this Page:
Report this profile


I sing in 3/4 languages. I'm from Holland originally. But fluent in both Spanish and English. Aswell i sing in those 3 languages aswell as some operatic italian songs. I'm a massive West End/Broadway fan, and that is what i'm hoping to reach one day.
I got quite a big variety in songs that i'm able to perform. I do several musical/ballroom performances, aswell as the classic Rat pack type of music. I can do modern hits aswell as rock n roll. I like to vary in styles to be able to give the audience a full show. No matter what the crowd.
Apart from singing the songs i like to give the ... audience a night to remember. Not just stood in one place singing but getting to know the people and involve them in my showing going out to them and have them sing along.

I was Born in Holland, Rotterdam.
On the 12th of July in 1995.
I've alwayd had a passion for singing. My father used to sing in bars and restaurants himself untill he died when i was 3 years old.
I Moved to spain at the age of 10 with My mother.
Lived here eversince and still at this point.
At 16 years old i went to private singing lesson working on breathing, voice clarity and control.
I now make a living singing in bars and restaurant. At 21 years old. 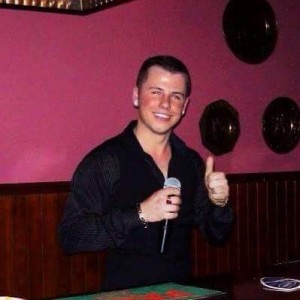 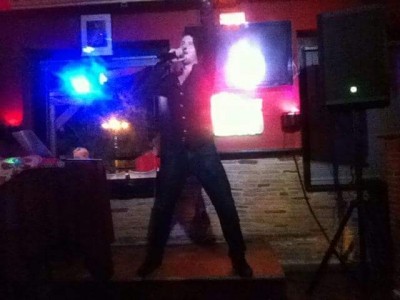 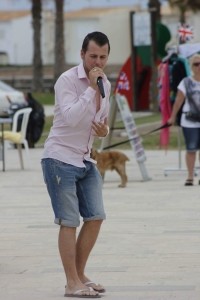 I've done shows singing in bars, restaurants and Hotels since i was 15 years old. All over the Costa Blanca. I do still get my nerves going before every show even though i don't know any better. I do think that makes me perform better everytime.