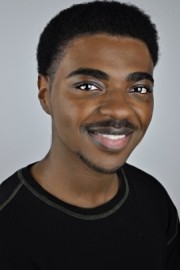 (no reviews)5.0
Country: United States
Based In: Tulsa, Oklahoma
Performs: Worldwide
From: Contact

I'm an artist that creates positive music that caters to the young and old. I am a vocalist in the baritone/tenor category. Open to any genre, specializing in R&B/Soul, Pop, and acappella.
Request a Quote
Share this Page:
Report this profile

Calvin McGriff is a 23-year old college student from Oklahoma majoring in History. When Calvin is not studying he is in the studio creating sweet-sounding and soulful R&B music. Calvin grew up listening to Jackson 5 records, James Brown, The Temptations, and countless other soulful artists. He was surrounded early on by producers, musical influences, mentors, and idols. All of which, most importantly his family, played a tremendous role in his up and coming career.
“When I was 14 I used to copy the lyrics of musicians, sing them to myself, and post them on YouTube. Everyone told me I had ... a good voice. Those reactions motivated me to write my own original songs”.
At age 16 Calvin recorded his first singles and sold copies to his family, friends, and teachers. His talent did not go unrecognized in his hometown. His hit singles “I Love Ya” and “Determination” spread like wildflowers and soon Calvin was featured in local Tribunes, Times, and other noteworthy press. His latest single “Always Thinking of You” is climbing the charts and can be heard on GMT Radio in Houston and on other local stations in Oklahoma.
“I believe my music can be listened to regardless of age. I like to mix up vocalizing modern R&B, Pop, and old school style as well”.
To date Calvin is recording new music, filming videos, and working on his debut album. With a handful of performances in Oklahoma City, Dallas, and local festivals, Calvin is eager to continue touring and is now booking. 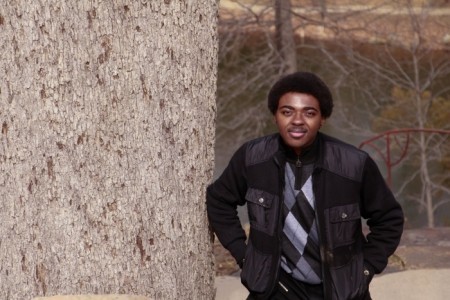