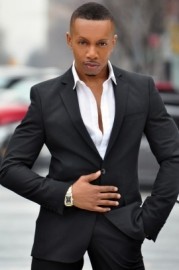 (no reviews)5.0
Country: United States
Based In: Brooklyn, New York
Performs: Worldwide
From: $1150

I have been singing professionally for 10 years and my talents have taken me to such places as Austria, Germany, France, Italy, Spain, Holland, Istanbul and China.
: 917676XXXX Click here to reveal
full number

When contacting this member, please state that you are viewing their Entertainers Worldwide profile.
Request a Quote
Share this Page:
Profile Views: 194
Report this profile

Soulful, high-energy, uplifting and fun performance. That leaves the audience inspired and uplifted.

Carl has been performing professionally for ten years. His talents have taken him to
Austria, Germany, France, Italy, Spain, Holland, Istanbul, Dubai, and Portugal. In 2012 he
was contracted to tour and sing in China where he performed in Shanghai, Gangzhou,
Fuzhou, and Hong Kong at the Starlight Dance Clubs.
Carl recently collaborated with DJ/Producer team Carpo & Comes and has two new singles
being released "C'Mon Me" on acclaimed House Label "Jango" and "Move Your Body" on House Label "Casa Rosa" earlier this year. His recent collaboration with Jerry Ropero vs DJ Frisco & Marcos ... Peon "Hollywood" was just released on July 8, 2016.
He is currently living in New York. One of Carl's favorite quotes is "nothing beats a failure but a try" -- words he lives by everyday. He takes musical inspiration from Pharrell Williams,
John Legend, and Usher and idols Stevie Wonder and Peabo Bryson.