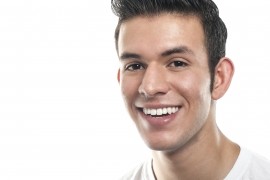 (no reviews)5.0
Country: United States
Based In: Los Angeles, California
Performs: Worldwide
From: $1,000

A musician that exhibits great stage presence, unique vocal tonality, & strong fashion sense. Carlos is a versatile singer with a charismatic stage presence who can sing in a variety of different musical genres.
Request a Quote
Share this Page:
Profile Views: 312
Report this profile

Carlos Coriano is a singer/songwriter, musician, & live performer based in San Diego, California. Raised in Yuma, Arizona, Carlos moved to San Diego, California to further pursue his music career to study voice, his true passion. Throughout high school, he studied at the San Diego School Of Creative & Performing Arts, where he was a tenor vocalist for SCPA’s men’s ensemble & choral ensemble. From there, he moved to Los Angeles, CA where he attended Musician's Institute College Of Contemporary Music in Hollywood, CA, graduating with a focus in keyboard performance & piano performance. His f ... irst major projects include working with Latin American boy band CD9 for their first international American debut performance at the 1st Annual Latin American Music Awards at the Dolby Theatre, & completing two successful international tours with Liquid Blue: The World’s Most Traveled Dance Band. His musical style is often compared to the likes of Frankie Vallie, Michael Jackson, The Weeknd, and Justin Timberlake. His live performances are known for its high-energy, dynamic stage presence, & charming personality, which combine his musical upbringing and training with Pop music. In addition to being a well-rounded musician, Carlos writes and produces his own music. 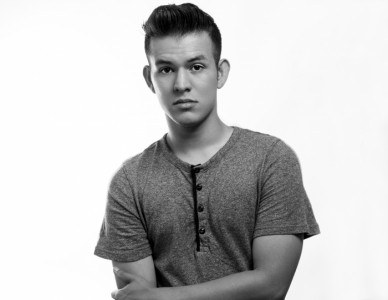 Provided live music & entertainment throughout the chinese charter season onboard the Sapphire Princess for a period of four months
Played an average of 2-3 sets a night including theme nights such as 50's & 60's, 70's Night, Country Night,& Night Market
Performed as a lead vocalist & keyboard player in front of 1,000+ people during farewell Piazza celebrations
Experience performing nightly sets in a variety of venues including The Explorers Lounge, Club Fusion, The Piazza, Crew Lounge, & Lido Pool
Comfortable adapting to sudden changes in a setlist, playing with tracks, accommodat ... ing an audience, & interpreting lyrical content for purpose of vocal performance
Learned choreography & musical arrangements for specific medleys that required instant transitions
Performed as a keyboard player & secondary vocalist for the party band onboard the Emerald Princess
Exhibited great stage presence, fashion sense, & charismatic personality onstage
Invited weekly by the ships piano bar entertainer to perform as a guest in his daily show
Developed a strong repertoire of music subsiding in Pop, R&B, Rock & Rock, Hip Hop, & Funk musical genres for both piano & vocal from the 70's to current Top 40
Learned over 41 vocal songs, 61 keyboard songs over the period of 4 months including songs of unfamiliarity including but not limited to "Rappers Delight" By The Sugarhill Gang, "Red Red Wine" By UB40's, "Get Busy" By Sean Paul, & many more
Worked under the musical direction of a choreographer
Learned a 45 minute musical show comprised of fourteen songs over a period of five days with a given 12 hour work day
Deciphered basslines, keyboard parts, & piano parts for each song as the band consisted of only 3 vocalists, a drummer, & a guitarist
Rehearsed with the band daily & learned up to 3 songs each night over a period of 5 days following the conclusion of each rehearsal
Provided harmony for vocalists
Demonstrated concepts such as teasing introductions, piano soloing, & sole piano accompaniment among each of the songs throughout the show