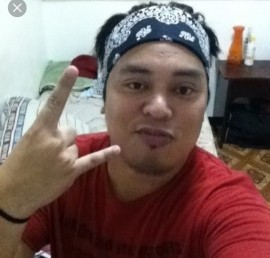 I have been a frontman of a band since college. After I graduated I stopped singing and focused on my job. While working, I joined another band. We played on different events.
: 052114XXXX Click here to reveal
full number

When contacting this member, please state that you are viewing their Entertainers Worldwide profile.
Request a Quote
Share this Page:
Profile Views: 102
Report this profile

I prefer alternative rock music. But I can also do pop rock, slow rock, acoustic songs.

I was born on July 6, 1985. Both of my parents is musically inclined. My father was a member of a duo back on their era. I was influenced by my father on playing a guitar. But we have diferent type of music. He is more on classic and country song. I love alternative, rock and grunge. I even listen to metal music. I have experienced singing on a wedding and bars.

Aside from being I.T, I used to be a lead vocals of a band playing in a bar. I even formed a band within my office ang playing whenever there is an event like christmas party ang chinese new year party.