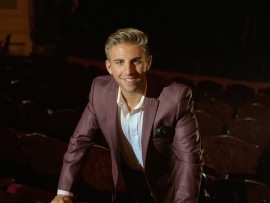 Chris Ruggiero is a dynamic singer who takes his audiences on a journey through the golden age of rock and roll, breathing new life into the timeless music of the 1950s, 60s and 70s.
: 212210XXXX Click here to reveal
full number

Chris Ruggiero takes his audiences on a journey through the golden age of rock and roll, breathing new life into the timeless music of the 1950s, 60s and 70s. Chris has been described as an “old soul” at only 21 years old, whose approach to his concert appearances is more in line with that of a bygone era than it is the artists of his generation. Chris says, “I try to make every move and sing every song with a touch of class that reminds the audience of a time when entertainers put their heart and soul into their songs and delivering an exceptional concert was paramount.”
Chris ca ... n perform with his pre-recorded tracks or with a live band and has complete charts for up to 10 pieces (4 pc rhythm + 6 horns.) And smaller budgets don’t mean you’ll be sacrificing quality. Chris’s tracks are custom made with live musicians and expert engineers, especially for Chris by professional arrangers and producers - whose prior credits include Frankie Valli, Frank Sinatra, Neil Diamond and Barbra Streisand, to name a few.
Chris’s set list will be instantly familiar to audiences of all ages, as most of the songs were big hits in the first decade or two of rock and roll, but have come back again and again in movies, TV shows, commercials and social media sensations - songs like “Put Your Head on My Shoulder,” “Can’t Take My Eyes off You,” “California Dreamin’” and more.
No stranger to live audiences and television audiences in the northeast, Chris first came to national attention when he performed in concert on one of PBS-TV’s coast-to-coast broadcast specials, which still airs to this day. Since then, Chris has been traveling around the country delivering his unique brand of vintage rock and roll and sharing his passion for the classics. He’s shared the stage with artists such as Bobby Rydell, The Duprees, The Drifters, and many many more. It seems almost pre-ordained that he’s now working the same stages as the artists who he grew up admiring. An East Coast Music Hall of Fame 2020 Nominee, he performed at the Music Hall’s 2019 induction ceremony alongside Tito Puente, Jr. singing the iconic song Tito’s father wrote, “Oye Como Va.”
“When I’m on stage singing a classic love song and I look out into the audience and see that twinkle in their eyes, I know they’re thinking about a special time and place in their life - or maybe even their first kiss!” Chris says. “It’s magic.“ One of the most important things to Chris is his family, and he considers every audience for whom he performs his family by the end of each show. For Chris, entertaining is not a vocation, it’s a way of life. “Just give me a spotlight and a microphone and tell me what time I go on!”

Puppy Love
My Girl
Unchained Melody
Stand By Me
Crocodile Rock
Silly Love Songs
And I Love Her
Gotta Get You Into My Life
Quando Quando Quando
California Dreamin'
My Life
Let It Be
Up On The Roof
God Only Knows
Daydream Believer
My Cherie Amour
Happy Together
1-2-3
Old Days
One
Put Your Head On My Shoulder
Cara Mia
Can't Take My Eyes Off You
Volare
Hold Me, Thrill Me, Kiss Me
My Eyes Adored You
I Only Have Eyes for You
Every Little Thing She Does is Magic
Diana
I Believe
You Belong To Me
In The Still Of The Night
Under The Boardwalk
Runaround Sue
Why Don’t ... You Believe Me
Have You Heard
My Own True Love
Forget Him
The Wanderer
Chances Are
The More I See You
This Magic Moment
Your Precious Love
Till There Was You
It's Not for Me to Say
Mamma
Lady Willpower
Pretend You Don't See Her
It's Over
Young Girl
Listen To the Music
Anyone Who Had a Heart
Betcha By Golly Wow
Goody Goody 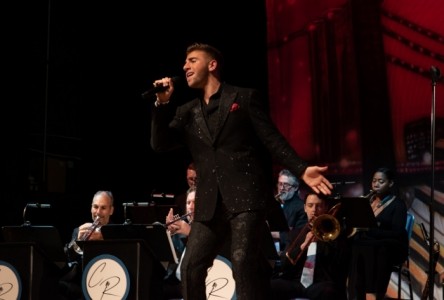 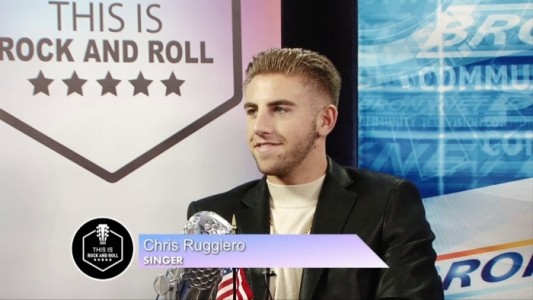 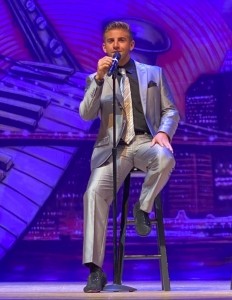 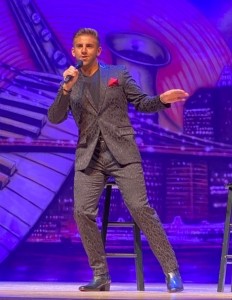 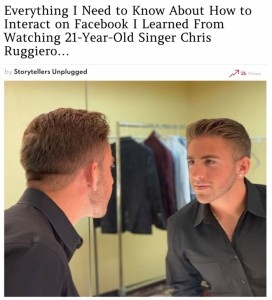 Chris first came to national attention when he performed in concert on one of PBS-TV’s coast-to-coast broadcast specials, which still airs to this day. Since then, Chris has been traveling around the country delivering his unique brand of vintage rock and roll and sharing his passion for the classics. He’s shared the stage or opened the show for artists such as Bobby Rydell, The Drifters, Gary Puckett & the Union Gap and many many more.

Chris Ruggiero's big voice is matched only by his big personality. Chris is on a mission to spread a message of love, hope, faith and inclusivity to all. If your organization's party or family function needs a dose of good clean fun and positivity, we'd love to hear from you.