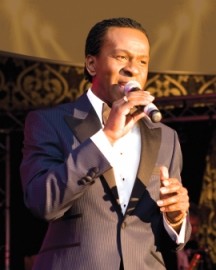 When contacting this member, please state that you are viewing their Entertainers Worldwide profile.
Request a Quote
Share this Page:
Profile Views: 1258
Report this profile

Singer Colin Roy accompanied by a live band of talented musicians and dazzling female vocalists or on superb quality backing tracks. The performance length can be tailored to requirements.
As part of the bespoke service that Colin Roy offers and understanding the importance of hearing the songs you love at your event, clients can choose a selection of songs from his wide repertoire. Colin Roy has some original ideas for entertainment including for instance a surprise performance during dinner or a wedding breakfast guaranteed to enthral your guests. Working with the venue's event manager, ... and incorporating DJ Services from his team, Colin Roy can ensure a wonderful flow of music from guest arrival right through to the end of the evening.

Colin Roy is a London based singer, songwriter described as A Singer Of Quality by The Stage. As a London West End and International star Colin has worked extensively worldwide gaining a wealth of knowledge and experience in the entertainment industry. Colin has starred in many London West End shows including Five Guy's Named Moe, Smokey Joe's Cafe, Sweet Charity, Hair and SoulTrain. 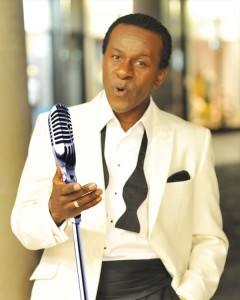 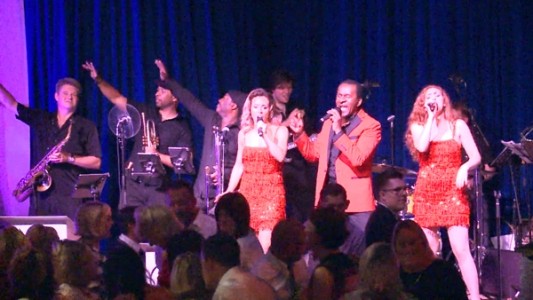 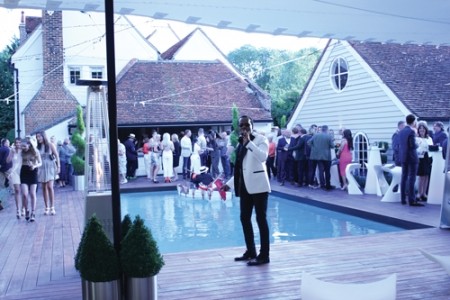 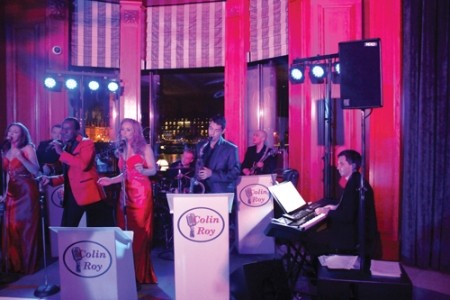 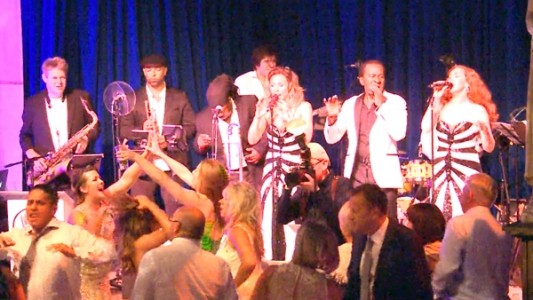 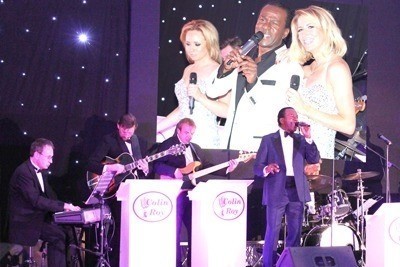 Colin Roy - Male Singer - Covent Garden, London Event Location: Hever Castle, Kent Event Type: Wedding 6th August 2016
“It was wonderful to have Colin Roy entertain us on our special day. He has an incredible voice and range of songs. He really did provide the perfect evening to a perfect day.”
Reviewed by: Gregg Wallace, MasterChef

LONDON WEST END SHOWS
Leading roles in West End theatre include: SoulTrain at the Victoria Palace; Smokey Joes’ Café at the Prince of Wales Theatre; Cameron Mackintosh’s Five Guys Named Moe; Sweet Charity at the Victoria Palace; Hair 25th year revival at the Old Vic. Other theatre credits include: The House That Nat Built, New End Theatre; Ain’t Misbehavin’; Cinderella at the Theatre Royal Stratford East; The Grapevine; Hot Stuff; The Harder They Come at the Playhouse Theatre.
CRUISE ENTERTAINMENT
Colin has performed as a headline entertainer for Royal Caribbean International ... and various other cruise lines.
COLIN’S SHOWS
Colin has toured the UK, Europe, USA, Asia and Australia with various productions including his own show ‘The House That Nat Built’, a celebration of the incomparable Nat King Cole. Other shows include Kings Of Capitol, Nat King Cole & Friends and Soul & Motown Extravaganza.
TELEVISION CREDITS
Television credits include: EastEnders (BBC), The Paradise Club (BBC), Health And Efficiency (BBC), BPM (ITV), Barclay Theatre Awards (Anglia TV), The Big Stage (Channel 5), The Vanessa Show, The Generation Game, The Learning Zone (BBC2), Night Fever, Get Up And Give (ITV). Colin wrote the title music for a Channel 4 documentary The Street Warriors.
OTHER
Colin Roy provides a range of first class bespoke entertainment for private and corporate events.