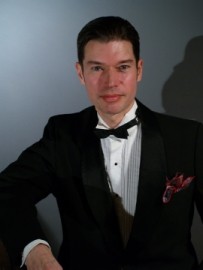 (no reviews)5.0
Country: United States
Based In: New York, New York
Performs: Worldwide
From: To Be Discussed Based Upon Gig

I am a crooner of Classic American pop tunes aka "Tin Pan Alley".
: 856-630-XXXX Click here to reveal
full number

When contacting this member, please state that you are viewing their Entertainers Worldwide profile.
Request a Quote
Share this Page:
Profile Views: 653
Report this profile

I specialize in the great American songbook also referred to as “Tin Pan Alley”. I can sing it sweet and swing it hot. Along with serving up some of the most beloved pop tunes I offer engaging ancedotes about the people who composed them. In look and sound I am evocative of early Bing Crosby, Rudy Vallee and Al Bowly yet with a style all my own - from formal black tails/white tie to vintage sporty.

I've been a solo baritone crooner with swing orchestras such as The Robert Lawrence Orchestra and The Todd Sullivan Orchestra as well as with piano accompaniment including Mark York and Paul Bisaccia. I've performed at such venues as the world famous Rainbow Room, The Algonquin Hotel, The Central Park Band Shell as well as command performances at the United Nations and many others. I recently appeared as Eddie Cantor in the Off Broadway hit "The Ziegfeld Midnight Frolic" and as Rudy Vallee in the musical "Vagabond Lover - the Life and Tunes of Rudy Vallee" produced by the Ziegfeld Society here ... in New York. 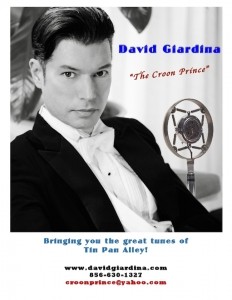 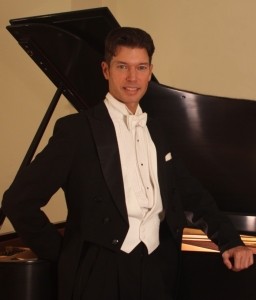 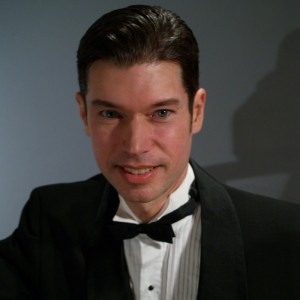