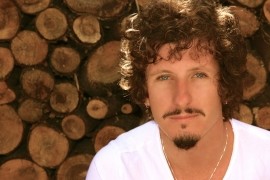 (no reviews)5.0
Country: United Kingdom
Based In: Liverpool, North West England
Performs: Worldwide
From: Please contact for a quote

My show is called 'Pop Up Vintage' by Faz Farrell. In the style of Post Modern Jukebox, performing pop songs with that 40's twist, as well as some other classics.
: 0781779XXXX Click here to reveal
full number

My show invites the audience to step back in time with me without really going anywhere. A vintage show with a pop song under current. I perform modern day songs, from the Backstreet Boys, Drake & Miley Cyrus in a 1940's style. Not leaving anybody out I also have some swing, Rock and a touch of musical in there too.

My set list is rather varied and changes depending upon the client.

Born In Liverpool Faz has performed extensively on land and at sea. After finishing touring the UK with various shows in his late teens to early twenties, Faz began working on board cruise ships as a production vocalist and was lucky enough to do this with his now wife. Faz has worked in the entertainments and music industry for 15 years and loves each element of it. Now married with his first baby on the way Faz is delighted to have put together his own show of songs he has enjoyed singing for many years as well as numbers he has just discovered.

I have worked in entertainments for over 15 years, starting as a Bluecoat at Pontins when i was 19. I have worked as a production vocalist for Bourne Leisure, Butlins, Haven, Costa Cruises, Celebrity Cruises, Viva Productions to name just a few. I am also a songwriter and work as a session singer for different production companies. I have been a part of many different bands including several Frank Valli Tribute acts as well as Queen vocal shows and Boybands. I have also worked as a dancer and have recently started my own company choreographing wedding dances with my wife.

Bourne Leisure, Butlins, Haven, Costa Cruises, Celebrity Cruises, Viva Productions. I have done session work and/or performed my own show for these companies on several occasions over the years. Most recently was on the Celebrity Infinity when i produced an on board vocal show for the cast production vocalists. This show then became a regular act on the ships itinerary.