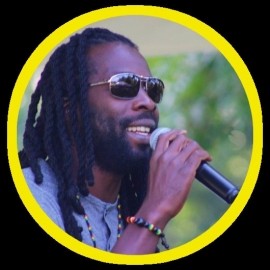 (no reviews)5.0
Country: Jamaica
Based In: Jamaica, Jamaica
Performs: Worldwide
From: $300

Imar Shephard's voice has been described as smooth and enchanting. With reggae has his foundation, the young Jamaican singer songwriter crosses the dreaded divide of genres with an effortless ability that captivates the souls of all who come to hear his vocals.
: 0778374XXXX Click here to reveal
full number

When contacting this member, please state that you are viewing their Entertainers Worldwide profile.
Request a Quote
Share this Page:
Profile Views: 129
Report this profile

Witnessing Imar Shephard perform live will leave you mesmerized. His voice is haunting and his passion for what he does is evident with the delivery of every word and verse.

Dependent On The Event / Occassion

Imar Shephard is a Jamaican singer songwriter who was born and raised in Richmond Gap, surrounded by the beautiful Blue Mountains in the tranquil Parish of Saint Thomas. Being Jamaican, reggae music is the foundation of most of Imar Shephard's material. However, having grown in the church the exposure to Gospel, Jazz and Rock music have seeped into this young artiste's blood and pump out in a style that is distinctively his own. Imar Shepard's voice has been described as smooth and enchanting by media pundits on both sides of the Atlantic, further statements concur that there has to be at le ... ast one of Imar Shephard's songs that on hearing touches the soul and makes the hairs on your arms stand on end.
Imar Shephard first found his voice on the coffee fields in Cedar Valley. Where as a young boy he would go to help his mother pick beans on the days that she couldn't afford to send both him and his younger sister to school. Imar would sing to distract himself of the pressure and strain his then little body went through relentlessly standing on his feet hour after hour in the more often than not extreme weather conditions. As he grew older church and school choirs had Imar participating as lead chorister. This might have been the catalyst in motivating Imar to write from the soul,
Eventually moving into the city of Kingston in his late teens Imar's first big break came as lead singer of the Island touring band ‘Crucial’ who used to perform weekly at the Market Place on Red Hills Road in Kingston. He remained with the band for a while before deciding to take the bold step and leave what some might see as a more secure career and strike out as a solo artist. The rest as they say is history. Having worked on productions with with the likes of Demarco, Digital B Productions and Cali Bud to name a few Imar Shephard's prowess as vocalist and writer are well endorsed.
Imar Shephard has the ability to bridge the genre divide with his soulful voice and his often times rule breaking melodic motion. His much sought after live performances add an elusive quality to reggae stage shows and the popular young artiste has shared stages across Jamaica and the United States with some of the reggae industries biggest names including; Fred Locks, Capelton, Ninja Man , Mikey General, Marcia Griffiths, Queen Ifrica ,Cocoa Tee, Dexta Dapps, Nickeisha Barnes and I-Wayne to name just a few.
With two Ep's securely under his belt and countless live performances including across the Caribbean Imar Shephard is currently putting the finishing gloss to his debut album. The album consists of eleven self penned passionate tracks that are biographically emotive and a real insight into the up and downs of his rise through the ranks from relative unknown to household name. Imar Shephard's dulcet tones, harmonic runs and lyrical narratives will tenderly draw you in to feel his soul as raw and real as it can possibly be.

Featured at some of Jamaica's annual reggae concerts .
Toured throughout the East Coast of USA / UK
Featured at many Weddings / Saint Kitts / Bermuda / Jamaica 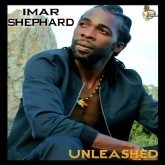