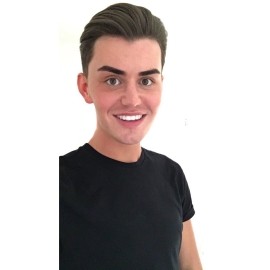 1
(no reviews)5.0
Country: United Kingdom
Based In: East, London
Performs: Worldwide
From: Contact

Jack Thomas has been working as a professional singer for the past 4 years. Performing at a variety of venues and aboard two different cruise ships. Jack has a bubbly personality creating the perfect atmosphere for any occasion as well as his vast vocal range.
: 0752719XXXX Click here to reveal
full number

Jack is able to sing varying genres from Pop, R&B, Soul to Musical Theatre classics. As well as performing in a band whilst completing his vocal training Jack has also developed his own skills in Piano and Guitar allowing him to perform self-accompanied in acoustic set-ups.

Jack Thomas has been working as a professional singer for the past 4 years. Since obtaining his BA Honours Degree in Musical Theatre in the year of 2016 Jack has completed two contracts as a vocalist on Sky Sea Golden Era for 9 months in Asia and then aboard Bahamas Paradise Grand Celebration for 8 months. In addition to this time spent as a vocalist at sea Jack has also performed at a variety of events ranging from; The Chef Awards, St. Andrew’s Hospice Annual Ball, Kelvingrove Masquerade Ball, Ashton Lane Christmas Street Party, Arnold Clarke Car Launch, Weddings, Anniversaries, Evening Lo ... unge Vocalist and several Ladies Lunch’s.
Jack Thomas is certified in Estill Voice Training gaining his Level 1 and 2 Qualification working alongside Mary McDonald Klimek (Vice President of Estill International). 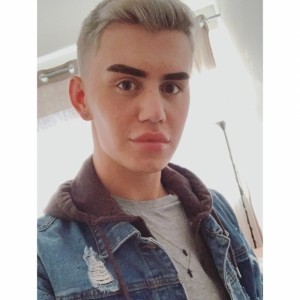