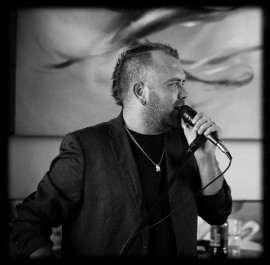 I am a Versatile Singer with extensive background in Performing & Hosting Interactive Entertainment. Poised & charismatic Soloist and ensemble performer who quickly masters new repertoires in a broad range of musical styles.
For just Over 10 years now I have been providing excellent Live Music Entertainment services to corporate companies, non-profit organizations, special occasions, weddings, birthdays, restaurants, popular taverns, wine estates, markets, Luncheons, Dinners, Galas, End of Year functions, High teas and more. Covering some of greatest of the 50’s, 60’s,70’s,80’s, to t ... he hits of today offering upbeat dance, dining, reception, swing, lounge, Rock & much more...My immense, profound love & Passion for all genre’s of Music which gives me the ability to please even the most versatile crowd of all ages.

JAMES TAYLOR:
Fire and Rain
You've Got a friend
Carolina on my mind
JIM CROCE:
Lovers Cross
I've Got a Name
Photographs and Memories
Time in a bottle
Have to say i love you in a song
HOOTIE AND THE BLOWFISH:
Let her cry
Only wanna be with you
Goodbye
JOSHUA KADISON:
Jessie
KRIS KRISTOFFERSON:
Sunday morning coming down
Bobby Mcgee
EAGLES:
Lying Eyes
Hotel California
RASCAL FLATTS:
Broken Road
GUNS N ROSES:
Knocking on heavens door
Patience
Don't Cry
BON JOVI:
Bed of roses
It's my life
Livin on a prayer
Dead or Alive
SEETHER:
Broken
Fine again
Driven Under
F ... ake it
REM:
Everybody Hurts
Losing my Religion
COUNTING CROWS:
Long December
DAVID GREY:
Babylon
This Years Love
CCR:
Have you ever seen the rain
Proud Mary
ELVIS PRESLEY:
Can't Help Falling in love
Blue Suede Shoes
Don't Cry Daddy
Suspicious Minds
ELTON JOHN:
I Guess that's why they call it the blues
Your song
Candle in the wind
Circle of life
Can you feel the love tonight
Don't let the sun go down on me
Blue eyes
Nikita
SNOW PATROL:
Chasing Cars
QUEEN:
Crazy little thing called love
SMASH MOUTH:
I'm a Believer
All Star
MATCHBOX TWENTY:
If you're gone
Push
Unwell
3 Doors Down:
Kryptonite
Here Without You
Be Like That
LIFEHOUSE:
Breathing
Everything
Storm
You and Me
Hanging By a Moment
THE CALLING:
Wherever you will go
LIVE:
Dance with you
Lightning Crashes
Dolphins Cry
NICKELBACK:
Rockstar
How you remind me
TROGGS:
Wild Thing
COMMITMENTS:
Mustang Sally
Try A little Tenderness
U2:
With Or Without you
Running to stand still
FRANK SINATRA:
My way
One for the road
New York New York
Fly me to the Moon
MICHAEL BUBLE:
Home
Everything
Way you look Tonight
Save The last dance
LIONEL RICHIE:
Hello
Say you say me
Stuck On You
Still
Endless love (Duet)
LOUIS ARMSTRONG:
Wonderful World
JOHN LENNON:
Imagine
PHIL COLLINS:
In the air tonight
Another day in paradise
Can't Hurry love
UB40:
Red Red Wine
Kingston Town
EDDIE GRANT:
Electric Avenue
BOB MARLEY:
Redemtion Song
Is this Love
No Woman no Cry
BRYAN ADAMS:
Summer of 69
Everything I do I do it for you
GOLDEN EARING:
Radar Love
UNDERWORLD:
Underneath The Radar
CHRIS ISAAC:
Wicked Game
PATRICK SWAYZE:
She's like the wind
CHRIS REA:
On the beach
Road to hell
GARY MOORE:
Still go the Blues
Parisian Walkways
ZZ TOP:
La Grange
Tush
ADELE:
One and Only
TRACY CHAPMAN:
Gimme One Reason
Fast Car
Baby Can i Hold You
RONAN KEATING:
When you say nothing at all
If tomorrow never comes
ATLANTIC STAR:
Masterpiece
Always (Duet)
ROXETTE:
How do you do (Duet)
Joy Ride (Duet)
The Look (Duet)
Dangerous (Duet)
BILL MEDLEY & JENNIFER WARNES:
Time of my Life (Duet)
EVENECENCE:
Bring Me to Life (Duet)
JOHN TRAVOLTA & OLIVIA NEWTON JOHN:
Grease Megamix
JOSH GROBAN:
To where you are
You're still you
ANDREA BOCELLI:
The Prayer (Duet)
LEE HAZELWOOD & NANCY SINATRA:
Summer Wine (Duet)
PHANTOM OF THE
OPERA:
All I Ask of you (Duet)
GREENDAY:
Boulovard of Broken Dreams
When September ends
Basket Case
PROCAL HAREM:
Whiter Shade of pale
GERRY AND THE
PACEMAKERS:
Ferry Cross the mersey
JOE COCKER:
Unchain My Heart
WHEATUS:
Teenage Dirtbag
KINGS OF LEON:
Sex on Fire
GEORGE EZRA:
Budapest
Blame it on me
AND MANY MORE

Jared began his singing “career” at the tender age of 3 when he used to stand on a table and sing “Faith” by George Michael
He grew up in a musically inclined family and developed a real love for music from a young age. .
Approx 15 years ago, the family acquired a music system and It became a apparent that he had real talent and an ear for music. He developed an exceptional ability to memorize lyrics of songs and capture the essence of the artists whose songs he sang.
Some 12 years ago, he entered a local talent competition and walked away with 1st Prize. At this competition ... he met Jade, who took 2nd place, and later became his Wife. They formed a duo couple under the name of “Prior Engagement’ and began entertaining audiences throughout the Western Cape and the rest of South Africa with very good response from all who listened to them.
Sadly, Jade, passed away after a long illness at the young age of 26. Jared was then left to care for” Phoenix 'his baby boy of just over a year old.
For a period of about 2 years, Jared went into a dark space, but his love of music finally drove him to “go it alone”.
Since then he has grown from strength to strength, has built up a repertoire of over
Jared performs close to 1000 songs to date and he can cover anything from Swing, Country, Blues and Heavy rock.
Now performing as “Jared Prior” He has been preforming at venues,restaurants,markets, weddings, corporate functions etc, for over 10 years. I, and has has preformed for audience ranging from 9 to 90+, and to different language and ethnic groups, with tremendous response from all present. He has even built up a “following” of “fans” who travel great distances to hear him sing. 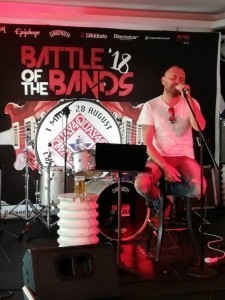 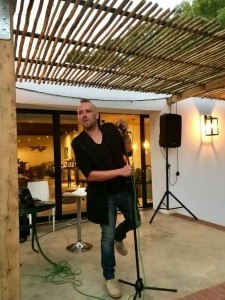 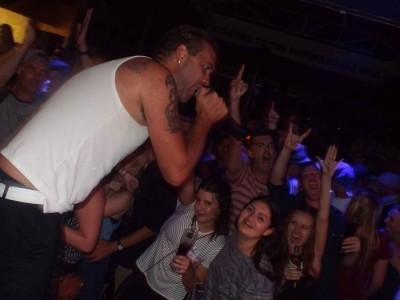 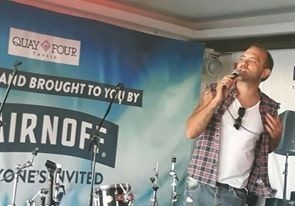 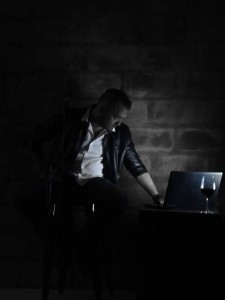 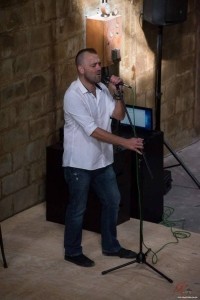 - Providing excellent Live Music Entertainment services.
- Entertained guests of all ages around the Western Cape & around South Africa.
-Interpreted different music by making use of voice production, harmony, rhythm and melody to present characterization.
-Memorized and interpreted lyrics and songs.
-Performed mainly as a soloist but also have experience as a member of vocal ensemble and Front man.
-Performed in various public shows, Events & More.
-Re-evaluate performances and think about the music, style and composer whilst working towards an appropriate version future performance.
- ... Constantly learning new pieces of music to extend repertoire.

no records of any sort.