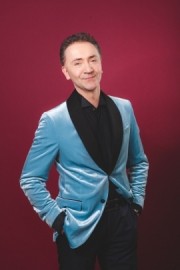 WHAT MAKES JIMMY MAGSEVI'S SHOW SPECIAL?
1) All songs are well known and loved by various groups of listeners, and are catchy tunes. Original interpretation of different musical styles are based on classical vocals.
2) I have many years of experience and hundreds of successful performances around the world, and also on cruise ships.
3) I have the ability to moderate the show in English or German. French, Italian, Spanish or Russian moderation is available too.
4) Shows are performed and moderated by Jimmy Magsevi alone. Cooperation with musicians on board is always possible and welcome. ...
5) There is no need for an extra person to fly with me, so there is no need for an extra seat for an instrument or additional luggage.
6) All stage costumes are in cabin carry on luggage so there would be no lost or delayed baggage problems.
7) Shows can be performed on the day of arrival, and are very easy to set up and run through.
8) All video (audio if needed in mp3 format) playbacks are in mp4 format and run continuously - so there is minimum work and preparation for stage technicians.
9) Stage lights can be set up during the show and will require minimum preparation.
10) No dressers are required. All costume changes are made by the singer alone.

Jimmy Magsevi is a professional Opera and Gala Event singer. His career
as an opera singer began in San Francisco, where he started performing
with San Francisco Opera and San Francisco Symphony. During this time in
California, he appeared as a soloist in "Requiem" by Wolfgang Amadeus
Mozart and Sergei Rachmaninov's "Vespers" (All-Night Vigil) with San
Francisco Choral Society and Symphony. He also took part in the
premieres of symphony projects by Philip Glasses along with San Francisco
Chamber Singers. Magsevi continued his career in Switzerland (Theater
St.Gallen), Sloven ... ia (Marburg Staatstheater) and Germany (Stadttheater
Bremerhaven).
Then he moved to Berlin, where he participates in many Opera, Gala and
Art Projects. During this time in Berlin he sang many lead opera roles such
as Count Almaviva ("The Barber of Seville", Rossini) at the Castle Chorin
Summer Festival, role of Don Ottavio ("Don Giovanni", Mozart) and
Ferando ("Cosi fan tutte", Mozart). He also sang over 20 side roles on the
stage of Berlin Staatsoper Unter den Linden. Since 2015 Magsevi appears
on the big opera stages in Russia. He participated in the International
Opera Festival "Breath of Baikal" where he performed a lead role of Tito
("La Clemenza di Tito", Mozart) and Tebaldo ("I Capuleti e I Montecchi ",
Bellini).
His next engagements were tenor solo part in Beethoven "9. Symphony"
with the Irkutsk Symphony Orchestra and part of Lenski in "Eugene
Onegin" on the Stage of the Buryat National Academic Opera and Ballet
Theater. In spring 2017 Jimmy Magsevi appeared as tenor soloist in the
"Petite Messe Solennelle by Rossini at the International Classical Music
Festival in Sardinia, Italy. As a gala singer, Jimmy Magsevi participated in
numerous Galas and Events held by many international companies such as
Bauer, Siemens, Mercedes e.c.t. Event venues include the Sony Center
(Berlin), Ritz Carlton Hotel (Berlin), Olympic Stadium (Berlin) and many
more.
In the summer of 2017, Jimmy Magsevi performed in 7 gala concerts in
China where he sang his own composed title song 'Fly to Harbin' Jimmy
Magseiv's favorite roles remains to be Don Ottavio from Don Giovanni,
Nemorino from L'elisir d'amore and the count from The Barber of Seville,
Lenski from Eugene Onegin.
In the winter of 2018 his engaged to sing a lead role of a Phantom in the
Musical 'Phantom of the Opera' in 30 performances in Germany,
Switzerland and Austria. Many Gala concerts, Events and studio recording
are also planed for the nearest future. 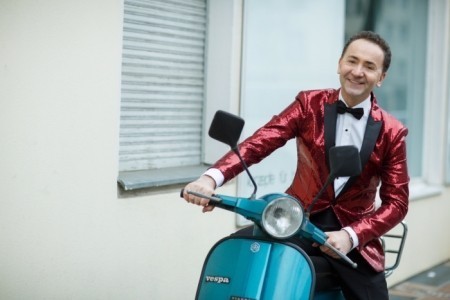 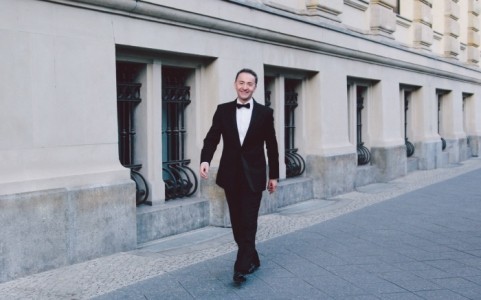 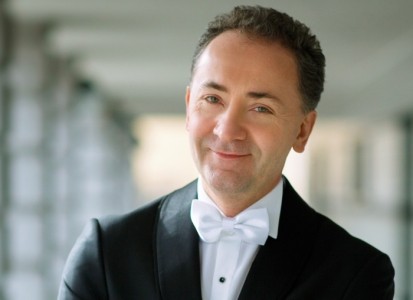