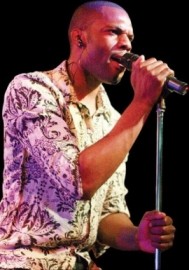 (no reviews)5.0
Country: Thailand
Based In: thailand, Thailand
Performs: Worldwide
From: Contact

Inspired passion best describes what motivates Lucius Clark. From an early age, he committed himself to his God-given gift of song. Starting at the tender age of six, he approached the stage like a seasoned veteran. Influenced by legendary artists such as Marvin Gaye, Smokey Robinson, Chaka Khan, Tina Turner and many other iconic talents, "the skinny little boy with the fat man's voice," quickly won over his native Mississippi. At age ten, Lucius started participating in several national singing competitions, placing first a record eleven times. In high school, he joined the choir and was quic ... kly appointed lead singer. It was while he attended Mississippi State University he joined their Jazz and Classical Choir where he started to perfect his technique. He trained extensively in multiple genres - Opera, Chamber, Jazz, and R&B.
Encouraged by his family to spread his wings in further pursuit of his dreams, Lucius packed up and moved to New York City. While in New York, he started making a name for himself on the cabaret scene. Additional training with famed Broadway talent Phil Campernara proved beneficial as his repertoire continued to grow. As word of his talent spread, the world called and Lucius answered by taking his show on the road band headed to Shanghai. While in Shanghai he and a friend formed a band called LX which he fronted. LX quickly made a name for themselves by headlining Shanghai's biggest venues and by touring all over China. This led to an exclusive endorsement deal with Sennheiser China, a division of the German audio and technology company, who provided Lucius with microphone and in-ear monitoring system support. He composed an original song called "If You Believe" as the theme song for OB China, a Chinese charitable organization and had the opportunity to perform it live at an event in Beijing.
The world called once more and soon Lucius was performing in Amsterdam, Oslo, London, Berlin and Hong Kong. After traveling the world he decided it was time to take on his biggest challenge - the recording studio. Lucius headed back to New York to start work on two highly anticipated ep's. The first being a compilation of cover songs and the second, all new music. From humble beginnings to international stardom, Lucius Clark proves that by pursuing one's dreams can only lead to success, in his case, global success. 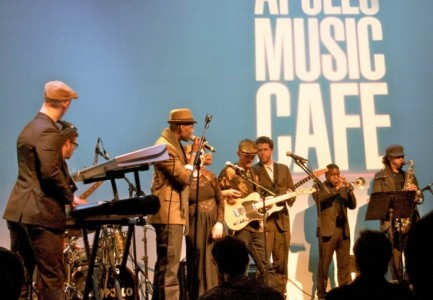