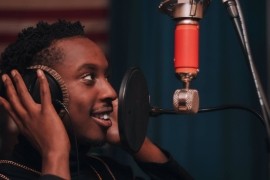 Moussa kendy is an amazing singer who brings high energy, love, sass with his pop, soul, Jazz influences. The stage is his playground as he is able to sing & dance while transfering is generosity on live shows. Perfect for your total package needs. Feel free to connect
: +3376342XXXX Click here to reveal
full number

When contacting this member, please state that you are viewing their Entertainers Worldwide profile.
Request a Quote
Share this Page:
Profile Views: 849
Report this profile

Moussa kendy is 24 year old male singer who brings high energy, love, sass and sweetness with his pop, soul, Jazz influences as well as his dance moves.
The stage is his playground, he is able to perform in small and big venues as he did severals opening act.

From the age of 3, Moussa practice dancing and singing as a hobby. He is particularly noted for his dress style and personality at birthday parties and school year-end celebrations.
He grew up in current music like Soul, pop, variety, 90/2000 music and rap.
But it was in 2010 at the age of 16 that Moussa began his musical journey when he enrolled in the music club of his high school in Champs-sur-Marne.
Indeed, it is at the moment of the success of the end-of-year show that he realizes his abilities to express his emotions through his particularly captivating voice and his stage presence. ...
At 18 Moussa receives a guitar, it is at this precise moment that he learns this instrument. Thus, he develops his style and tastes through influences Acoustic, Folk, Guitar/Voice.
Feeling the need to express himself and develop his art, Moussa starts looking for scenes and participates in different singing competitions.
In particular, he won the Neuilly-sur-Marne artist search competition. This allows him to meet Thomas Bonin Professor of Music at the Conservatory of the City. On his recommendation, Moussa joined the choir and discovered harmonization, which allowed him to develop his musical palette.
That same year, he took part in the Omac Torcy "Open Mic" and Torcy's "festival freshness" competition accompanied by his friend Tony on guitar.
Subsequently, Moussa began a 10-month stay in London where he was invited in August 2016 for his first radio by Christina Spacestar host "Riddim & Grooves". He plays two tracks, including Amy Winehouse's "in my bed" with guitarist William.
With this experience and under the influence of Amy Winehouse and independent youtube singer, Moussa gained interest in jazz, Neo-Soul sonorities and electronics.
- The year 2017 is particularly marked for Moussa since he participates in many scene and especially founds the group "HIGH PLANE" of which he is the lead singer. This group is inspire by Pop / Rock influences which enrich the palette of Moussa kendy.
Through her many musical journeys, Moussa Kendy draws and clarifies her universe around a Pop, Groovy, Soul, Jazz and R & B vibe.
Thus, Moussa participated in a contest as an opening act for french artist Keblack,
moussa performed in the late 2017 :
> at the Poissy Music Festival
> at the music day of an association around melun
> at the open scene of the Welcome Bazar
> at the christmas private party of Ralph Lauren outlet store
- 2018 has a special place in moussa's heart, as he released his first project " CELEBRATE " as celebration of self love, love for art and love for people. The single gained a lot of positives message on instagram as people felt the message.
- Today, Moussa continues his journey to new destinations by developing his art.
He released his second project " Pretty Summer " in february 2019 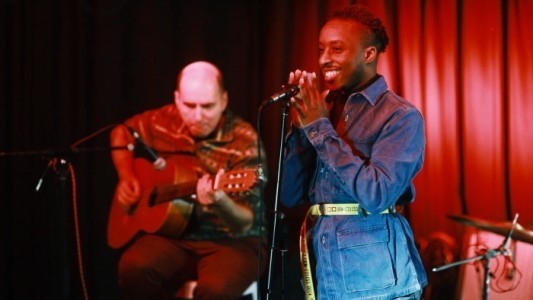 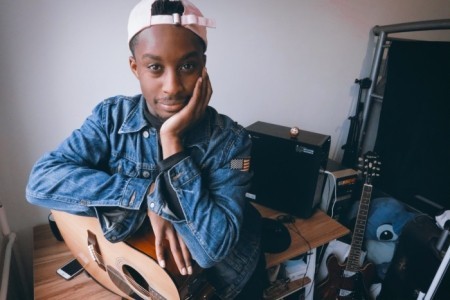