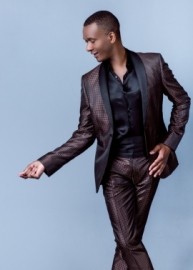 Soul/Motown and Jazz/swing shows with up too a 9 piece live band or great backing tracks
Request a Quote
Share this Page:
Profile Views: 2206
Report this profile

I have 2 shows a Motown and soul show with female backing singers and full live band and a Jazz and swing show, i can also combine the 2 shows, they are approx 45mins in length and are ideal for any party, corporate event, cruise ship etc….. i can perform with up too a 9 piece live band or solo with great backing tracks and can provide a full PA, i am able to travel to work. My shows will have people dancing all night and singing along.

MOTOWN AND SOUL
All night long
Sign sealed delivered
Superstition
Dock of the bay
Let's stay together
How sweet it is
Endless love
Kissin in the backrow
Saturday night at the movies
Get ready
Reachout I'll be there
Higher and higher
Love train
Mustang Sally
I feel good
My girl
Twisting the night away
Betcha by golly wow
Never too much
Lovely day
Tears of a clown
Ain't too proud to beg
Sir duke
Stand by me
Ain't no stoppin us now
Never too much
Come on over to my place
Sweetest feelin
I feel good
My Guy
Mister Postman
Supremes medley
Martha Reeves and the Vand ... ellas medley
It Takes 2
Endless love
Help me make it through the night
Midnight train to Georgia
JAZZ AND SWING
Ain't Misbehavin
Lotta Livin to do
For once in my life
Old black magic
Birth of the blues
Let there be love
Mr bojangles
I've got you under my skin
Almost like being in love
Moondance
Lady is a tramp
Beyond the sea
What a wonderful world
Gotta be me
Walking my baby back hop
Top hat
Summertime
Straighten up and fly right
Route 66
Recipe for making love
L.o.v.e
Fly me to the moon
Come fly with me
Unforgettable
Night and day
It don't mean a thing
Nature boy
Beginning to see the light
Getting to be a habit
Papermoon
A nightingale sang in Berkeley square
God less the child
I get a kick
It had to be you

Paul Hazel is a westend veteran he has performed extensively in London and has toured the UK and internationally starring in shows such as: The Lion king, Starlight express, Avenue Q, A Chorus Line, The Ratpack, Carnaby Street the Musical, Puttin on the Ritz, Dancing In The Streets, Five Guys Named Moe, Sweet Charity, Sandi toksvig’s Christmas cracker” at the Royal Festival Hall with Ronnie Corbett and also the royal variety show infront of the Queen.
Paul has performed with the likes of Martha Reeves, Mary Wilson from the Supremes and soul diva Chaka Khan and as a soloist with his ban ... d at some of London's most prestigious venues including The Hippodrome Casino, Ronnie Scott’s, The Pheasantry, Pizza on the park, The Dorchester and Grosvenor Hotel's and Battersea Barge he has also performed for Fred Olsen, Saga, P&O and Royal Caribbean cruise lines. His Album “The Unexpected Paul Hazel” is a collection of original jazz songs written for Paul by Neal Arden who wrote for Doris Day and Cleo Laine.
In early 2018 Paul was seen as a judge “The 100” on BBC ones brand new Saturday night talent show “All together now” along side Geri Halliwell and comedian Rob Beckett and he also became lead vocalist for the Platters. Paul has a string of performances at Warner Leisure Hotels with full live band and at Tui Sensatori resorts around the world.
His solo headline shows will bring together a collection of classic songs and legendary performers including: Sammy Davies Jr, Nat King Cole, Frank Sinatra, Louis Armstrong, Al Green, The Temptation, Sam Cooke, Lionel Richie and Bobby Darin to name but a few. 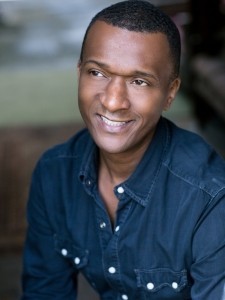 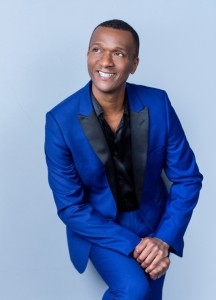 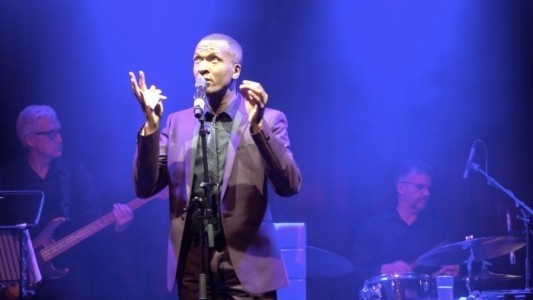 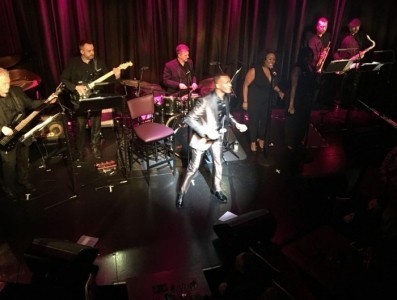 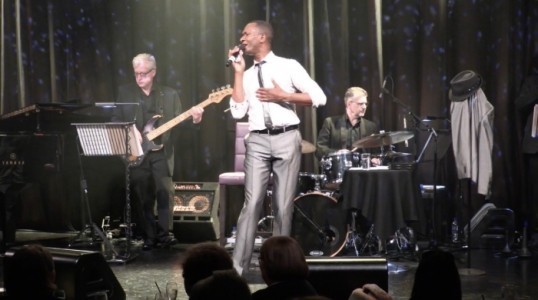 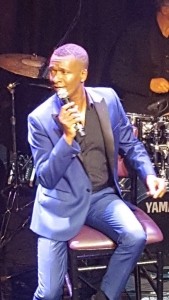 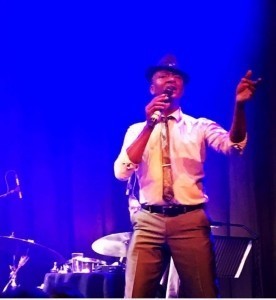 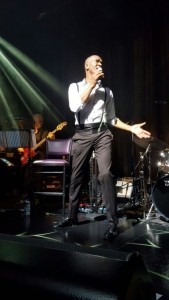 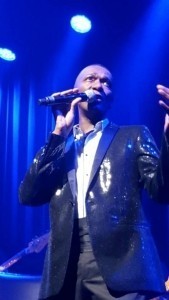 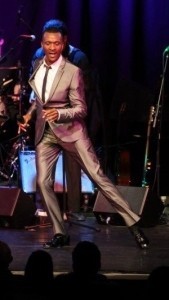 I have performed at many london venues including: The Hippodrome Casino, Ronnie Scotts, The Pheasantry, Pizza on the Park, Battersea Barge, The Dorchester, Grosvenor, Hilton and Claridges hotels and The Cellar Door, i am from a musical theatre background and have performed in over a dozen west end shows including The Lion King, Starlight Express, Avenue Q, The Ratpack, Dancing in the Streets, Five guys named Moe and Aint misbehavin to name a few.