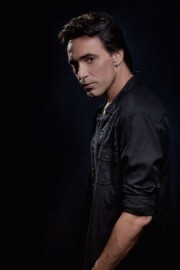 (no reviews)5.0
Country: Brazil
Based In: São Paulo, Brazil
Performs: Worldwide
From: Contact

lead singer for the Queen Extravaganza, the official Queen tribute produced by Roger Taylor and Brian May. “Jesus” In Jesus Christ Superstar Mexico and “Judas” on the Brazilian production. “Galileo” in the musical we will rock you.
Request a Quote
Share this Page:
Profile Views: 102
Report this profile

BIOGRAPHY
Alirio Netto is a Brazilian singer and actor. Born in Florianopolis, he is one of the most recognized rock voices in Brazil, and an up-and-coming name among the greatest singers in the country. Be it on the theater, on the stage, or in the studio, Alirio makes a strong impression with his powerful voice, amazing range and effortless control. As a vocal coach, he is steadily becoming a reference for those who take vocal study seriously.
Alirio played the role of ‘Jesus’ in the official production of Jesus Christ Superstar, in Mexico City (2000/2002).
In 2014, he played ... the second biggest role in the Brazilian production of the same play, but this time as ‘Judas Iscariot’, for which he was awarded “Best Musical Actor” according to one of Brazil’s most prominent newspapers, O Estado de São Paulo, among others very positive reviews on most of the media.
This led to features in the main TV shows in Brazil, including interviews by the most important interviewers in Brazil such as, Marilia Gabriela, in her weekly show. He has also performed in the biggest talk show in the country, hosted Jo Soares, among various other TV shows including Altas Horas, Faustão, The Noite, Jornal Hoje, Jornal do SBT, Jornal da Globo, Programa Todo Seu.
As a Rock singer, Alirio got signed with the Prog Rock label Magna Carta for the release of his first band’s debutalbum, “The Journey”, by Khallice. The album was distributed in Europe, Asia and the USA.
Alirio was also in the metal band Age of Artemis, which has two albums with worldwide distribution in their discography, one of them produced by renowned singer and producer Edu Falaschi (Angra).
He has shared the stage with huge acts such as Guns N’ Roses, Iron Maiden, Dream Theater, Sebastian Bach, Symphony X, Alanis Morisette, Simply Red and others in numerous shows and festival appearances such as Rock In Rio.
Alirio was the protagonist of the musical We Will Rock You / Queen where he played the role of “Galileo” at Santander theater in São Paulo.
He Released his solo álbum last year, which is called"João de Deus" and can be found on Spotify and iTunes, and it was registered on a live DVD this year in Brazil and it’s going to be released next year.
His is also the Brazilian voice dubbing the character “Lefu” for the live-action movie“Beauty and the Beast” 2017.
Alirio is now the lead singer for the Queen Extravaganza, the official Queen tribute produced by Roger Taylor and Brian May.
The band just finished their “greatest hits tour” in North America and the UK. 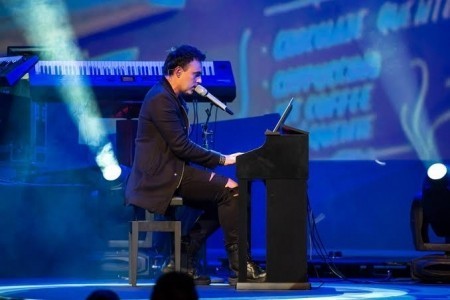 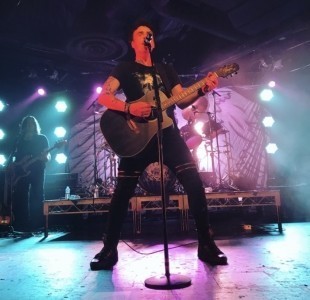