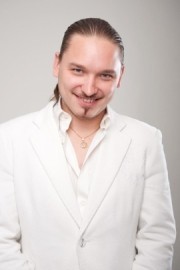 (no reviews)5.0
Country: United States
Based In: Miami, Florida
Performs: Worldwide
From: Contact

Professional Singer/DJ with a huge repertoire of English/Russian/French/Italian/Ukrainian/Uzbek and ets. songs.

Rinat Sagitov is a tenor-singer from Siberian town of Russia, Tyumen. He was born in October 24th, 1983. Since June, 2004 he lives in USA. For an almost ten years Rinat worked in a “Top Russian Restaurants” of New York, Pennsylvania and Florida; for instance “Passage on the Bay” (Brooklyn, NY), “Randevu” (Holland, PA) and “Tatiana” (Miami, FL). Occasionally, Rinat had been invited as a guest performer singer for a great Celebrities Parties in well-known places such as Oheka Castle (Long Island, NY), Trump Hotel (Toronto, CANADA), Versace Mansion (South Beach, FL) etc.
... The main achievement on American land was competition in “American Idol” project (Season 10) where from a ten thousand people were only forty fortunate guys, included Rinat, who made to a fourth round where he was performing “We are the champions” by Queen.
As of ninth grade of school Rinat was learning singing techniques throughout self-educating methods, in other words aurally. As a result his extramural teachers were Klaus Meine (Lead Vocalist of German band “Scorpions”), Freddie Mercury (Legendary Lead singer of British band “Queen”), Gregory Leps (Famous singer from Russia) etc.
In 1998 Rinat learned how to play a guitar. The first composition that he learned was composition “Yesterday” by Beatles. In 2004 he started practicing to perform songs on different languages such as English, Italian, French, Ukraine and even Uzbek, that led him to the great feedbacks from native Americans, Ukrainians, Uzbek, Italian, and even French people. Also, at that time, he was challenging himself singing in variety genres such as Pop, Rock, Opera, House and Musical. By 2012 Rinat grew up as a fantastic singer by establishing his own performing technique based on the knowledge that he had, even without actual musical education. But it’s not the end of story; it’s just a beginning of challenging himself on the life’s path. 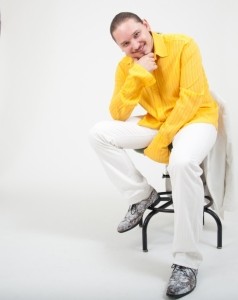 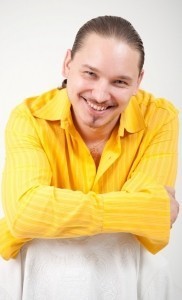 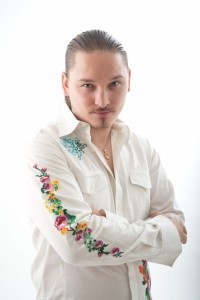