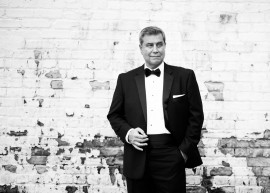 When contacting this member, please state that you are viewing their Entertainers Worldwide profile.
Request a Quote
Share this Page:
Profile Views: 462
Report this profile

Where the songs are the star!
It's an absolute pleasure to sing some of the greatest songs ever written!
​
The songs themselves are truly the star of every show. Beautiful, fun, jazzy are just a few words to describe the tunes that you know so well and that have survived the test of time. True American Classics that were made famous by legends like Frank Sinatra, Dean Martin, Tony Bennett, Nat King Cole and many many more!

SONGLIST
A Foggy Day
After You've Gone
Ain’t That A Kick In The Head
Alfie
All Of Me
All Or Nothing At All
All The Way
Beyond The Sea
Call Me Irresponsible
Can I Steal a Little Love?
Chicago
Come Fly With Me
Everybody Loves Somebody
Fly Me To The Moon
For Once In My Life
Just One Of Those Things
Hey Jealous Lover
Here's That Rainy Day
I Got Rhythm
I’ve Got The World On A String
I’ve Got You Under My Skin
It’s All Right With Me
It’s Only A Paper Moon
Learnin The Blues
Let’s Face The Music And Dance
LOVE
Luck Be A Lady Tonight
Mack The Knife
Moondance
... My Kind Of Town
My Way
New York New York
Nice N Easy
One For My Baby
Route 66
Smile
Strangers In The Night
Summer Wind
Tangerine
That’s All
That’s Life
The Look Of Love
The Shadow Of Your Smile
The Tender Trap
The Way You Look Tonight
They Can’t Take That Away From Me
Try A Little Tenderness
Unforgettable
Witchcraft
You Make Me Fell So Young
You’re Nobody Till Somebody Loves You
Alright Okay You Win
And I Love Her
As Time Goes By
Autumn Leaves
Cheek To Cheek
Close Your Eyes
Days Of Wine And Roses
East Of The Sun
Fever
Give Me The Simple Life
I Get A Kick Out Of You
In The Wee Small Hours
It Had to Be You
Liquid Spirit
Misty
My Foolish Heart
Nevertheless
Night & Day
Old Devil Moon
Smoke On The Water
So Nice
Straighten Up And Fly Right
The Best Is Yet To Come
The Nearness of You
Walk On By
What A Difference A Day Makes
Whatever Lola Wants
Besame Mucho
Dindi
One Note Samba
Perfidia
Quando Quando Quando
Quiet Nights of Quiet Stars (Corcavado)
Spanish Eyes
Sway
The Girl From Ipanema
Arrivederci Roma
Buona Sera
It Had Better Be Tonight
Just A Gigolo
Mambo Italiano
Oh Marie
Tarantella
That’s Amore
There’s No Tomorrow
Volare

Rocco (Roc) Monaco grew up in an Italian neighborhood on the west side of Chicago listening to the great Italian crooners like Frank Sinatra, Dean Martin, Jerry Vale, Tony Bennett, Perry Como, Al Martino and Louis Prima. Raised in an Italian family by a single father and grandmother, he spent a lot of time with his father, who owned stacks of eight-track tapes from all of these artists.
Rocco showed an interest in music at a very young age singing along with recordings of Three Dog Night, Elvis, Michael Jackson and Donny Osmond. He began learning music first by playing drums, guitar and sa ... xophone. By the age of twelve, he was deeply immersed in rock and roll. He formed the first of many garage bands with his childhood friend where he learned to play bass guitar and sang. It didn’t take long before the bands were playing every weekend at parties, school dances, concerts, festivals and nightclubs. Even opening for The Drifters where Roc and a couple of the other members of the band had to get patrons of the club to pretend to be their fathers because of their young age. He attended high school at the prestigious Lane Technical High School in Chicago where music was offered as a “major” and students spent up to six hours of their school day studying, playing and practicing music. While in high school Roc also developed an interest in acting, starring in the school production of Bye Bye Birdie in the title roll of Conrad Birdie. Moving on to college as a music major studying saxophone and voice while minoring in drama, he played in what was considered one of, if not the best college jazz band in the country. Winning the Notre Dame Jazz Festival and being selected as US Goodwill Ambassadors touring Eastern Europe.
The acting bug bit harder when he got his first “professional” acting job playing a soldier in the Bolshoi Ballet's production of Romeo and Juliet at the Arie Crown Theatre. He decided to attend The Goodman School of Drama and eventually headed to Los Angeles where he spent more than a decade studying and working as an actor in dozens of plays, television shows and movies. He could be seen regularly on soap operas like The Bold & The Beautiful and The Young & The Restless.
After spending many years working in business and raising a family Roc has returned to his passion for music and the dream of singing the songs he loves so much. This is truly a labor of love for him and he frequently states that he can’t think of anything he’d rather be doing.
Sharing his love of this music while making people smile and sing is a dream come true for him. 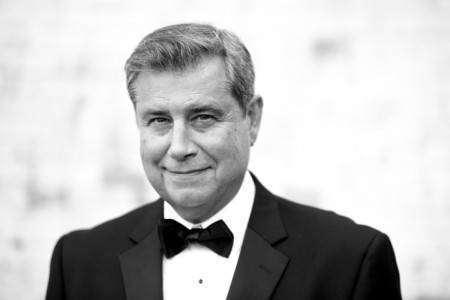 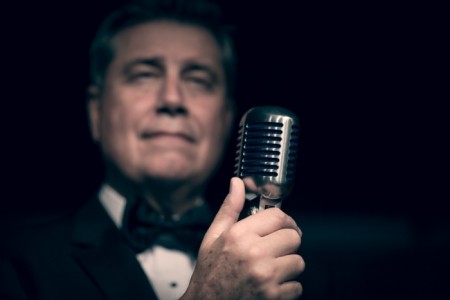 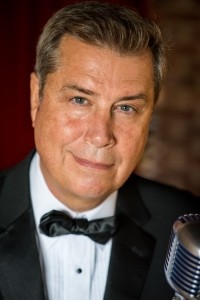 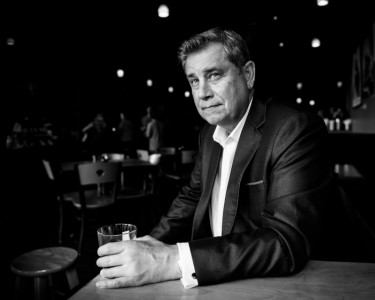