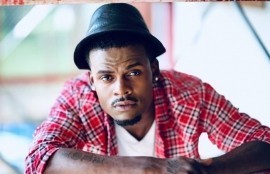 (no reviews)5.0
Country: United States
Based In: Atlanta, Georgia
From: Contact

I am a Soul/ Rnb vocalist but can sing other genres as well. I'm a seasoned wedding singer and was nominated for 2 Soul Train Music Awards in 2014 (Best Male Vocals, Best Independent Artist). Also, lead singer in a popular wedding Band in New York (Doug Winters Music)
Request a Quote
Share this Page:
Profile Views: 315
Report this profile

Soul driven live show. I'm a seasoned performer with a passion for the stage. I've toured nationally and internationally as a solo act. I've won Showtime at the Apollo multiple times and opened up for Anthony Hamilton, Ledisi , and Lyfe Jennings on their tours. A major career highlight for me is singing background for James Brown during a skit he did with Jimmy Fallon on one of his televised gigs (Mtv Movie Awards).

2x Soul Train Award nominated R&B/Soul artist Shaliek is Pendulum Records new signing and is set to release his anticipated 2nd album this year led by the Timely first single "My Love”
Shaliek has toured and performed with several artists such as Anthony Hamilton, Lyfe Jennings, Ledisi and James Brown.
Shaliek , who counts Stevie Wonder and Donny Hathaway among his influences, was briefly signed to Universal, where he released the single "Get 2 Know Ya" (featuring Juvenile) in 2005. Studio time was spent collaborating with Alicia Keys and Rockwilder, as well as with Jimmy Jam and Te ... rry Lewis, Scott Storch, and the UnderDogs, but the label deal did not pan out for the Bronx native. Shaliek subsequently wrote songs for Day26 and Jordan Knight, and he eventually signed a solo deal with the Pendulum label. In 2012, publications such as Essence and Billboard took notice and included Shaliek in features about upcoming artists. The following year, Shaliek released the soul-baring ballad "The Past" and Male Anthem "Ain't Supposed To Cry (both top 10 songs at radio) in advance of Blood Sweat Tears, his debut album.