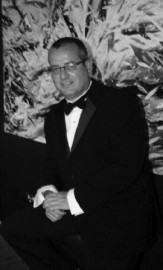 (no reviews)5.0
Country: United Kingdom
Based In: UK, North of England
Performs: Worldwide
From: £250

I tend to do two sets of an hour each. The first is a gentle introduction with jazz standards which slowly moves up through the gears and finishes with a lively swing number giving the audience a taste of whats to come.
The second, I tend to open with " Feelin Good" which grabs the audience attention with the powerful vocal. Now I move onwards and upwards through the full on swing & big band sounds with songs from Louis Prima, Sinatra, Buble and Tony Christie and even a couple of Tom Jones big hits to get the crowd on their feet.

I am an ex police officer turned chef turned singer. I have performed/auditioned on both The X Factor (2008) and The Voice ( series 2) getting through all initial auditions up until being chosen for the televised stages. I have performed at several big events including performing at an NHS ball at The Palace n Manchester, Gallop House ( Perth, Australia) the former Prime Ministers residence ( Gallup House), Portsmouth FC after winning the FA Cup (2008) 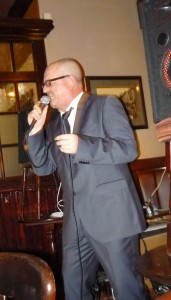