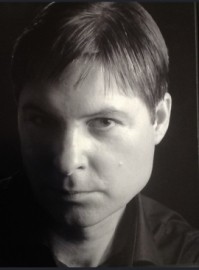 Si offers eclectic mixes of music in his two 45 minute full cabarets and 20 minute show, ideal for opening/closing variety shows. Musical theatre, swing/jazz and pop are all featured.
Les Miserables, Miss Saigon and The Phantom of the Opera, as well as the music of Frank Sinatra, Dean Martin, Matt Munro, Elvis, The Beatles and Ricky Martin are all highlighted.

Example:
Old devil moon
Somewhere
Love me tonight
This is the moment
Music to watch girls by
The tender trap
Amore
What kind of fool am I?
Bring him home
Beatles medley
The music of the night

SI WHEELER
Si has had many years experience in theatre, cabaret, pantomime and as a presenter.
His musical theatre credits include Nicely Nicely in Guys'n'Dolls, Sinbad in The Adventures of Sinbad, Captain Von Trappe in The Sound of Music, Bob Wallace in White Christmas and Edgar Beane in Titanic.
In cabaret he has performed his show for Warner Resort Hotels, P&O, Seabourn and Silverseas Cruise Lines and was the headliner at Drury Lane's The Talk of London for three seasons.
Summer season variety shows in Cromer, Eastbourne and Scarborough are high on Si's list of great contracts.
He’ ... s played many Princes in pantomime for Kevin Wood and John Spillers as well as Jack in Jack and the Beanstalk and Buttons in Cinderella. He has also worked for QDOS as performer and company manager on several tours.
Other tours have included The West End in Concert, The Wonderful Rock and Roll West End and iMagician with Jamie Allan, recently performing at The Garrick Theatre, London.
As a composer he has penned the music and lyrics for Houdini the Musical and wrote the digital comic The Adventures of Harry Houdini for ROK Global Applications.
Si's new show, 80s Anthems, is a celebration of music by Spandau Ballet, Duran Duran, George Michael and David Bowie.
Si is also an accomplished magician that can add a certain variety to his cabaret shows. 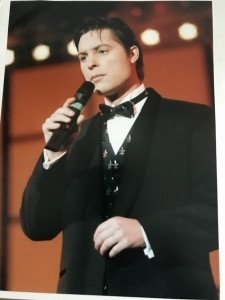