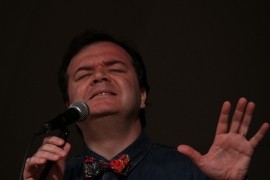 (no reviews)5.0
Country: Croatia
Based In: Rijeka, Croatia
Performs: Worldwide
From: Contact

Baritone voice singing evergreen and jazzy ballads in English, French and Italian from swing to Beatles and standard mainstream, pop and rock-ballads from 40's up to now. Singing without accent in English, French, Italian, German, Spanish Russian and Latin.
: +3855134XXXX Click here to reveal
full number

I live a life on stage as a singer and songwriter performing mainly in the states of South-Eastern Europe. I had also experience singing in clubs in Italy, Austria and Germany too. I have 20 years experience as a singer - solo, duet, quartet, or in larger ensemble in various combinations - accompanied by piano (by pianist, not by myself), band, or an orchestra (big band).
I sing without accent in English, French, Italian, German, Spanish and Russian. I can perform in Latin (Christmas or festal repertoire) if required.
My repertoire consists of songs from many evergreens in English, Fren ... ch and Italian, Frank Sinatra and similar to The Beatles and standard rock-ballads.
I can do jazzy session singing too, whether as a discrete piano-bar or club background, or in concert performance.
Besides my routine repertoire I can prepare any piece of music compatible with my range of voice.
I studied solo-singing in Zagreb, Croatia as private student,, but my career led me towards popular music from all over the world, evergreen or pop-music in English, French chanson, Italian canzone, Spanish and German songs if required, along with Russian folk songs.
I performed in almost all theatres, clubs, variety-halls and summer and other festivals in the states of former Yugoslavia during past 20 years.
I speak active English and Italian, with passive managing in French and German, but I sing without accent in English, French, Italian, German, Spanish, Russian and Latin.
Chance to sing on cruise-ships sounds like a challenge I would like to take up. 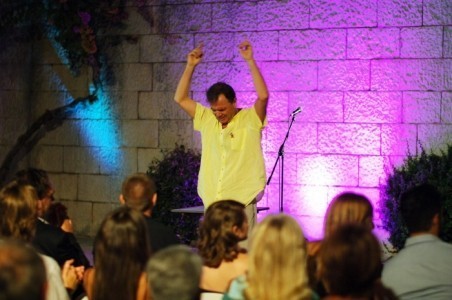