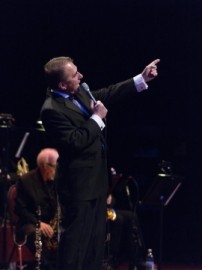 (no reviews)5.0
Country: United States
Based In: Milton, Delaware
Performs: Nationwide
From: 500 to 5000

This show is a must -see for any Sinatra fan a multi extravaganza for the
eyes and ears! Tony has incorporated video stunning graphics that entice
you the moment the stage lights dim and the music begins.The show starts
with Sinatra's early days with Tommy Dorsey to the bright lights of New York City to his come back at Madison Square G ... arden the "Main Event".
Tony is uncanny portraying Frank's mannerism and singing voice,will take
the audience on a musical journey. It's as if Frank walked off of the screen
and on to the stage to perform for the audience.Don't miss this one of a kind musical tribute to Frank Sinatra staring Tony Sands.
Web-site- www.itwasaverygoodyearshow.com

Tony Sands Production
I’ve been listening to Frank Sinatra since I was 11 years old,” he says. “My family used to play his music at home, and I just fell in love with it.”
. The multimedia experience “It Was a Very Good Year,” devised and written by the contemporary crooner, covers Sinatra’s life from his early days in Hoboken, N.J., to his triumphant emergence from retirement.
The show has been almost a 2 year in the making, says Sands.
Sands first recognized his knack for emulating Ol’ Blue Eyes when he was a teenager.
“I never tried to change my vocals to imitate or i ... mpersonate Frank. It just came out naturally,” he says.
Making it lucrative, however, came a bit later. 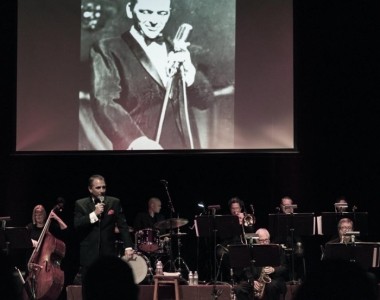 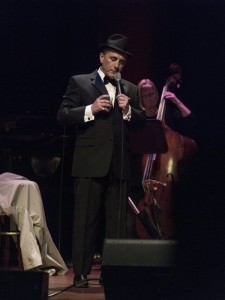 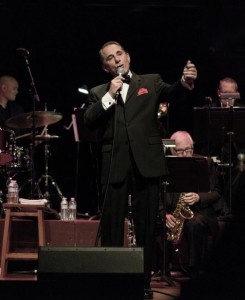