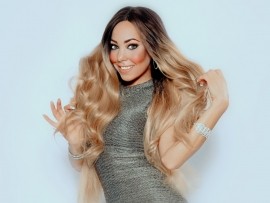 Las Vegas Headliner, Internationally acclaimed vocalist and Multi Tribute Artist recognised in 194 countries. The ONLY singer in history to star as the best selling female artist of all time; the legendary MARIAH CAREY on the LAS VEGAS stage!
Request a Quote
Share this Page:
Profile Views: 443
Report this profile

BOOK NOW Jass Meagher world acclaimed singer, Las vegas headliner and The ONLY MARIAH CAREY Tribute in history to star in LAS VEGAS!
GLOBAL PRESS REVIEWS
"We are very fortunate to have someone of Jass's caliber.." Sue Oxarart former
Director of Marketing at AEG
(The Biggest Concert Promoters in the World)
"Jass Meagher embodies Mariah Carey...." BROADWAY WORLD
"Amazing Voice...Great Stage Presence"
BELFAST TIMES MAGAZINE
"One Hell of A Mariah..."
VH1 MUSIC ( MTV sister channel)
"WOW…. INCREDIBLE! SPOT ON” Michael Alden on Mariah Carey By Jass Meagher
Michael A ... lden 2x Tony, and 3x Emmy Awards Winner! Producer of works including Evita and Oliver on Broadway!
“A fantastically powerful singer and performer!”
CHANNEL 4 Television
"Mariah Carey double Wows fans..."
"The talented singer... can hit all the same high notes as the diva... "
DAILY MAIL
"Want a Pop Star at your Party... The president of Angola Paid Mariah 1M....He could have got Jass Meagher...”
HEAT Celebrity MAGAZINE
“Jass Meagher will be everyone’s “Hero” as she pays homage to Mariah Carey for the first time ever on a Legends stage"
#LasvegasTravelNews
"Jass Meagher is a Sensation as Mariah Carey..."
CYINTERIEW.COM #LasVegas
"You Were Brilliant... Everyone is Still Talking About You"
SKY TV
"Another stand-out performance..." #LasVegasTribune
Sandy Zimmerman, host of #LasVegasTelevision

FULL BIOGRAPHY
As a Vegas Headliner and Internationally acclaimed vocalist Jass Meagher is the only singer in history to perform live on the Las Vegas stage as Mariah Carey. She was selected by Legends In Concert ( The biggest tribute show in the world) to perform in their show at the Vegas Tropicana Casino, with her live homage to the legendary, and best selling female artist of all time. Jass has also been on tour in Japan, and recently opened for famous Boyband EAST 17 on their UK Tour in Europe. Her lookalike to Mariah Carey has also been featured on the top syndicated talk show in USA, W ... endy Williams. In addition She has had her own run of Diva tribute shows at the world's biggest arts festival, Edinburgh Festival in Scotland; including performing her All Star Divas Tribute show featuring the greatest female voices such as global superstars Whitney Houston, Alicia Keys, and Leona Lewis. Impressively, Jass has garnered national and international press for her performances across 194 countries; from USA to Europe, Dubai, and even Saudia Arabia. Including having her video cover of Mariah's #1 hit, 'My All' hosted on VH1 MUSIC (MTV sister channel) and being reviewed by DAILY MAIL news as 'wowing fans'. Jass has a multitude of experience in the entertainment industry, starting from the early age of five when she toured with her family playing music throughout Europe. After completing music studies at Westminster Kingsway College, and attending the prestigious Vocal-tech in London, Acton, Jass also taught vocals as a private Vocal Coach, and worked on her original music from her London home studio; before touring with her tribute shows became a bigger part of her life. She is hired for an array of music projects worldwide; which leads her to headline music festivals, star in tribute productions, appear at corporate events, and feature in the pages of UK's Glossy Magazines, and news all over the world. She has also been featured in HEAT world celebrity MAGAZINE, been interviewed on BBC radio, Capetalk 567 Radio South Africa, and is recommended By, Broadway World, SKY TV, Las Vegas Television, Channel 4 Television, and Metdaan Magazine with over 100M readers. Jass also recently landed a brilliant review in BELFAST TIMES MAGAZINE for her live show at award winning venue; Cabaret Super Club in Belfast, Northern Ireland.
She has a talent for songwriting, as well as for emulating some of the greatest female voices in music with her tributes. She was recently offered a contract to perform as Christina Aguilera in United States at Memories Theatre, Pigeon Forge, has been scouted by South Florida Legends, California Agents, and asked to collaborate with Platinum selling LA Producer Corey OZ Simon on original music. She was interviewed for Medium, by a Hollywood based journalist Amber Bollard. She was also offered the spotlight as Britney Spears by WOW show producer Hannoch Rosenn with productions in Tel Aviv, Israel, and Las Vegas. The legendary New York Producer Joel Diamond, credited for 36 Gold and Platinum records has also recently contacted the singer expressing an interest in working with her. Jass has a number of sought after shows including; MUSIC ROYALTY in homage to The King And Queen Of Pop; ft Michael Jackson and Mariah Carey, and MARIAH Vs WHITNEY, The Battle Of The Divas double tribute show. She also performs Multi-tribute the ALL STAR DIVA SHOW, which celebrates some of Jass's own musical influences across all genres, from Christina Aguilera to Tina Turner, Patti Labelle, Dusty Springfield, Aretha, Carol King and Classical-crossover singers Katherine Jenkins. Jass has also been nominated for Exposure Music Awards, and been a finalist of UK Unsigned with her own original work. She has had radio airplay on US radio HNSradio.com and London online station Klickradio.com. She has performed live as Mariah Carey for the Heroes of the Royal National Lifeboat Institute (RNLI), sung at many prestigious and top venues including Leamington Assembly, Gala Casinos, The Plug Sheffield, The Troubadour, Bodos Schloss Kensington, The Mill Birmingham, Park Hotel, Cabaret Supperclub Belfast, WI Women’s Institute Headquarters Oxfordshire, (Calendar Girls), and taken Stage at the renowned Hackney Empire in London, and the Greenside Venue at Edinburgh Festival. Jass continues to travel the world performing live and is working on her own original music album in the studio. 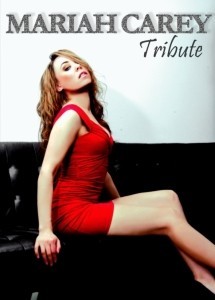 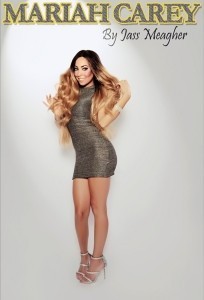 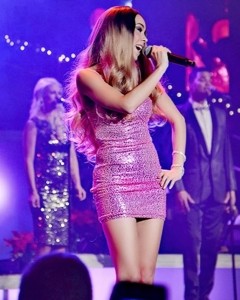 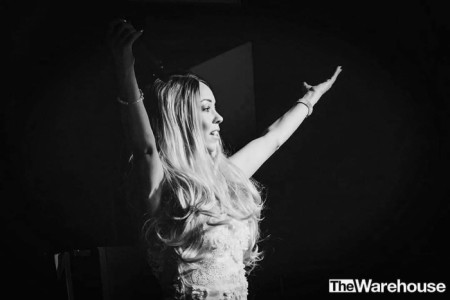 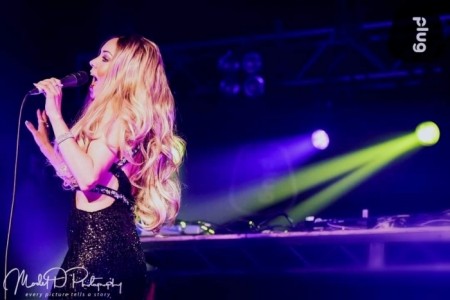 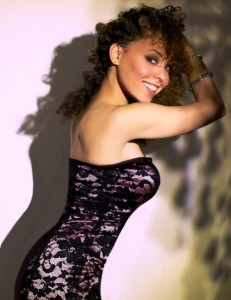 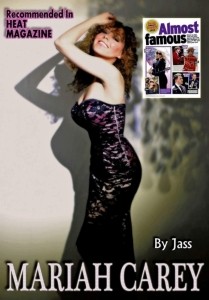 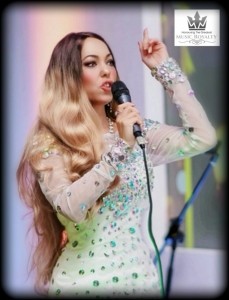 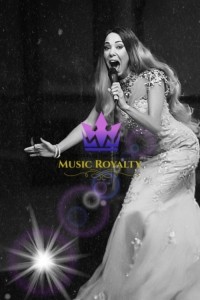 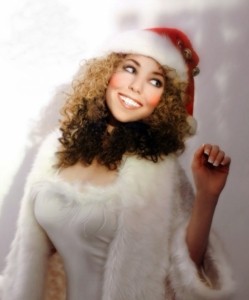 “Her new found fame has lead her to perform with East 17...and being recognised by VH1"
WORLD NEWS
“Jass is invited to numerous performances in Europe, as well as in America and Asia, and her popularity is growing day by day.”
PUDELEK MAGAZINE

As the ONLY MARIAH CAREY Tribute in history to star in LAS VEGAS the entertainment capital of the world; I am offering select online performances this December due to covid19 restrictions.

Mariah Christmas Zoom/virtual performance includes one to five songs of choosing
Song Options Include
1.)All I want for christmas is you
2.)Baby Please Come home
3.)Silent Night
4.) Santa Clause Is Coming To Town
ALSO #1's Hero, Dreamlover, Hero, We Belong together, My All, Always Be My Baby and More

SET OPTIONS
A performance of one song I.e
All I want for Christmas is you
+ Full Vegas Costume

Special requests will be considered

*Both virtual shows include live performance, appearance in full costume as Mariah Lookalike, wearing designer gown in the style of Mariah Carey's Christmas dress as worn by Jass on her Las Vegas residency 2019 with Legends In Concert ( the world's biggest tribute show) please see press reviews below.

In order TO BOOK NOW please get in contact with your email address, and company information, more event info and timings so I can accommodate your request.

Female Tribute Acts Perfect for Your Upcoming Event
Tribute acts are a very popular choice among entertainment for many different types of event, and if you are planning a party for that special someone who has a favourite ...
Read More
Popular Female Tribute Acts
Tribute acts are extremely popular for events, no matter the occasion. Whether you are planning a birthday party, corporate evening or even looking for wedding evening reception ...
Read More
30 Popular Hits from a Mariah Carey Tribute Act
Whether you are planning a Christmas party, corporate event or your wedding day, hiring a Mariah Carey Tribute Act is the perfect way to liven up the party and add fantastic ...
Read More
Looking for a different type of entertainment? Search NowContact Us