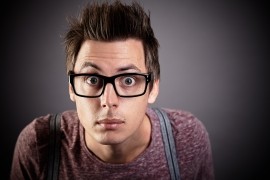 A hilarious mind-blowing multi-award winning celebrity mind reader. Star of BBC's 'Chris Cox's Mind Boggling Magic' & 'Killer Magic', Broadway and West End star of 'The Illusionists.' "One of the most exciting entertainers in Britain" The Guardian, "Stunning" The Times
Request a Quote
Share this Page:
Profile Views: 413
Report this profile

Chris Cox is a celebrity mind-reader and award-winning performer of stage and screen. His astonishing mind-reading talents have amazed and amused sold-out audiences worldwide on international tours, Broadway stages, and in three seasons in London’s West End. You may recognise Chris from BBC Three’s award-winning ​Killer Magic​ ​and CBBC’s ​Chris Cox’s Mind Boggling Magic​, ​or from his starring role in the world’s most successful live magic show, ​The Illusionists​.​ Chris is a unique force in the world of magic, and the only mind-reader in history to have performed ... on Broadway, in the West End, ​and​ at Sydney Opera House. But don’t just take our word for it: according to ​The Guardian h​e is, ​‘One of the most exciting entertainers in Britain,’ ​with ​The Times adding his mind-reading is, “​Stunning… leaves other magicians scratching their heads​.’ But Chris tries to make sure that’s not the first thing people read about him!
Chris Cox, the self-proclaimed “mind-reader-who-can’t-read-minds”, has made a huge name for himself as a witty and charismatic performer, charming both the UK and international audiences with his captivating energy and warmth. Chris delivers incredible mind-reading stunts with a silly and mischievous sense of fun, leaving audiences astounded, amazed, and thoroughly entertained. By combining witty chit-chat, psychology, magic, devilish good looks and… lying… Chris Cox will make you think that he knows what you’re thinking.

Chris Cox is an elite, world-class performer and the only mind-reader in history to have headlined shows on Broadway, in London’s West End and at Sydney Opera House. He’s wowed over 750,000 people worldwide in live shows and is the star of his own BBC TV series, Chris Cox’s Mind Boggling Magic and Killer Magic. But Chris Cox is also one of the world’s most in-demand entertainers on the planet. His solo shows are unlike any mentalism you've seen before. Highly engaging, fully interactive, hilarious, charming, family friendly and mind-blowing. There’s a reason why The Guardian have cal ... led him “one of the most exciting entertainers in Britain.”
Celebrity magician Chris Cox is available to perform his exhilarating mind-reading exclusively at your private event as part of corporate entertainment, after-dinner speeches, product launches, keynotes, event hosting, Zoom or Virtual events, training sessions, and more. He has performed across the globe for massive multinational companies who have all been left awestruck by his talents. Chris specialises in creating original, engaging and energising corporate entertainment that clients never forget. He’s proud to have been a part of unforgettable events for clients including Virgin Atlantic, O2, Disney, B.A.T, Thatchers Cider and Allianz, dazzling people from venues including the Hammersmith Apollo to a Virgin flight 36,000 feet above the Atlantic.
As we navigate the uncharted COVID-19 world, Chris has been working on being able to offer his talents for virtual events via Zoom for a unique virtual mind reading experience. He’s perfect for team-building or socialising events where you don’t want to trot out yet another boring quiz. Instead Chris gets everyone watching to take part in an interactive mind-reading show which will bring everyone together despite their distance.
Chris can work with audiences of all sizes and deliver an amazing show full of laughs, connectivity, interaction and involvement. Your clients and staff will love you for organising a Broadway, West End and TV Star to perform just for them. You’ll get to see your friends and colleagues have their minds totally boggled as they take part in tricks which happen in their own hands. Chris Cox’s Virtual mind reading is perfect for any corporate event, birthday party, happy hour, family get together, school assembly, company social or anything where you want to get together and have your minds blown.
He also offers his keynotes on ‘The Magic Of Creativity’ and ‘The Magical Psychology Of Change’ via Zoom if you’re interested in interactive business learning.
Companies love to bring Chris into their events to provide 20 to 30 minutes of invigorating mind-reading entertainment which their delegates will be talking about for days after. Full of audience participation, laughter, warmth and amazement, Chris is perfect for after-dinner entertainment or to start your delegates’ day with a blast of energy. He can also combine his performance with hosting, emceeing and award-giving, as well as create bespoke material to help get your message or brand across. O2 have used him time and time again as part of their Guru training sessions, where he starts the day with twenty minutes of hilarious mind-reading, setting up every delegate for an amazing day – leaving them engaged, energised and in a great mood for the sessions to come. Thatchers Cider had Chris Cox entertain their most valuable clients after dinner, and at the The Knight Of Illumination awards he captivated the audience at the Hammersmith Apollo. 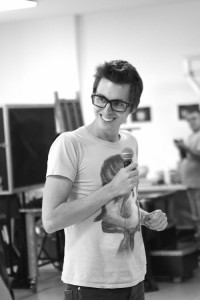 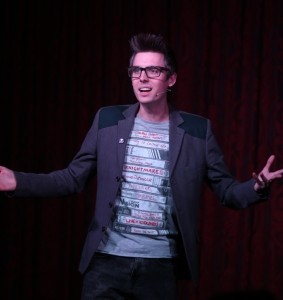 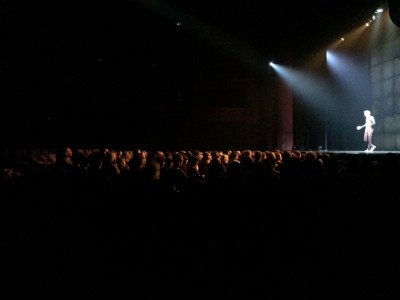 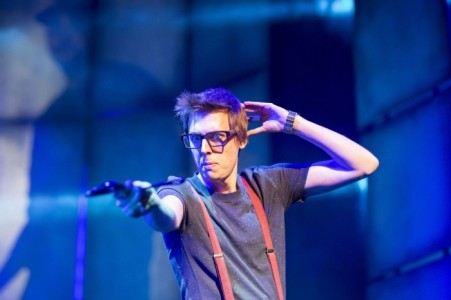 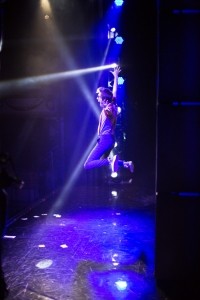 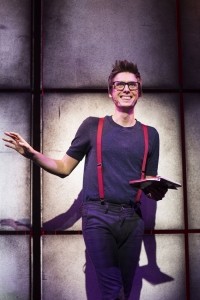 ‘Have a Question about Booking Chris Cox? View Q&As With Chris Cox here!